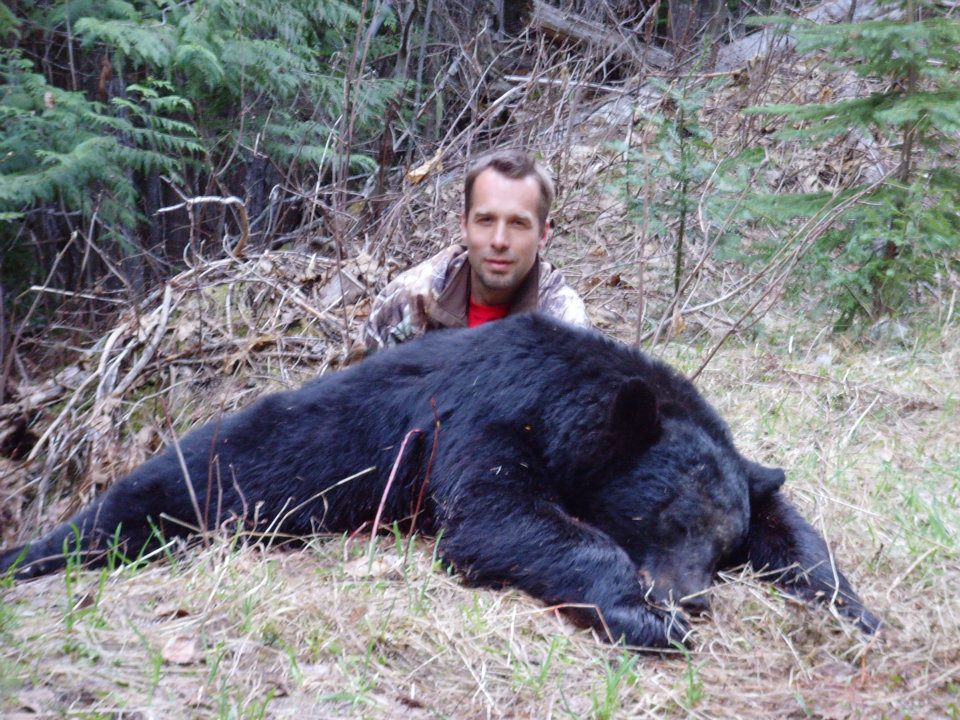 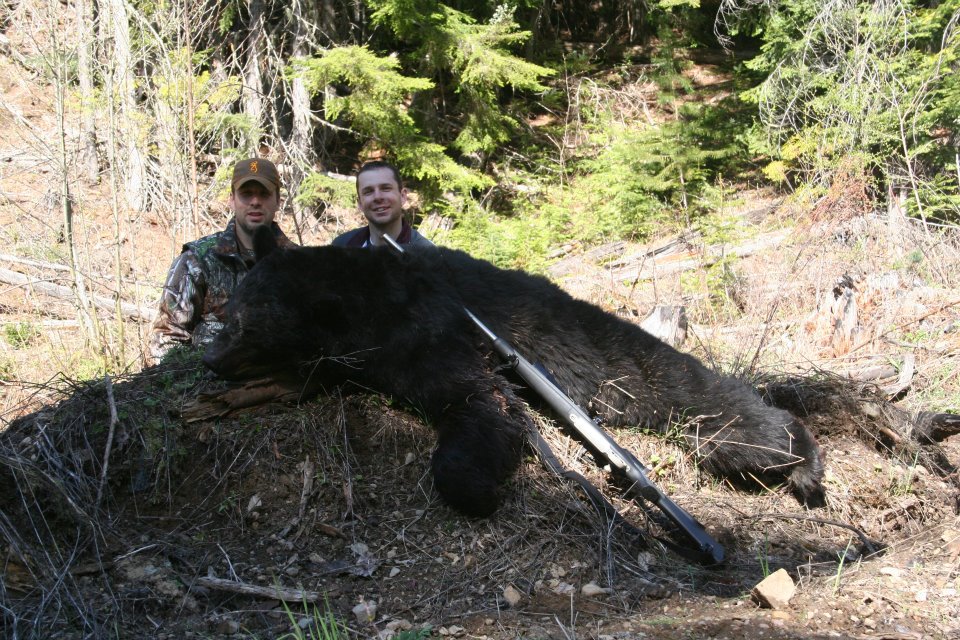 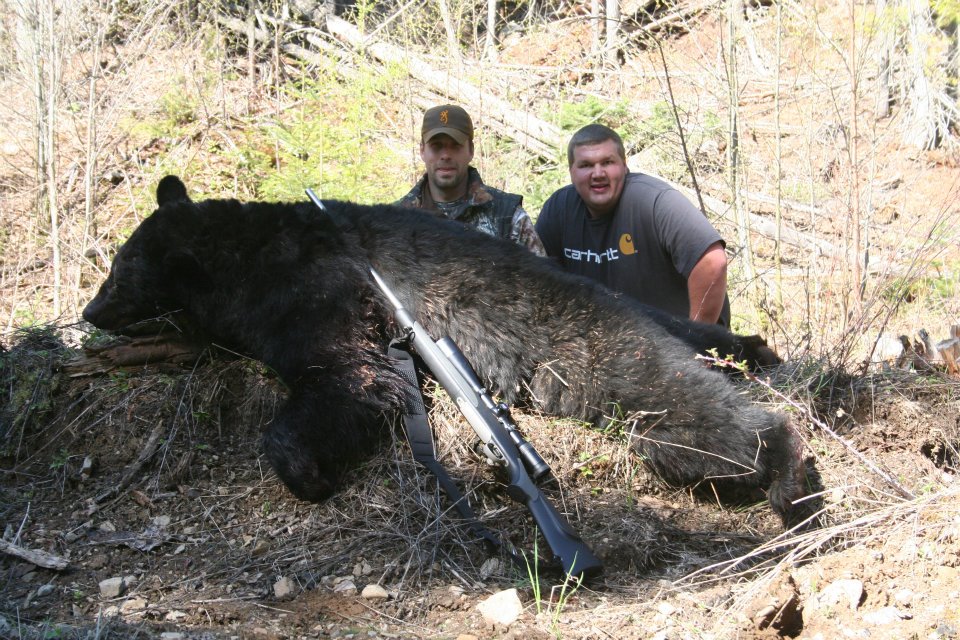 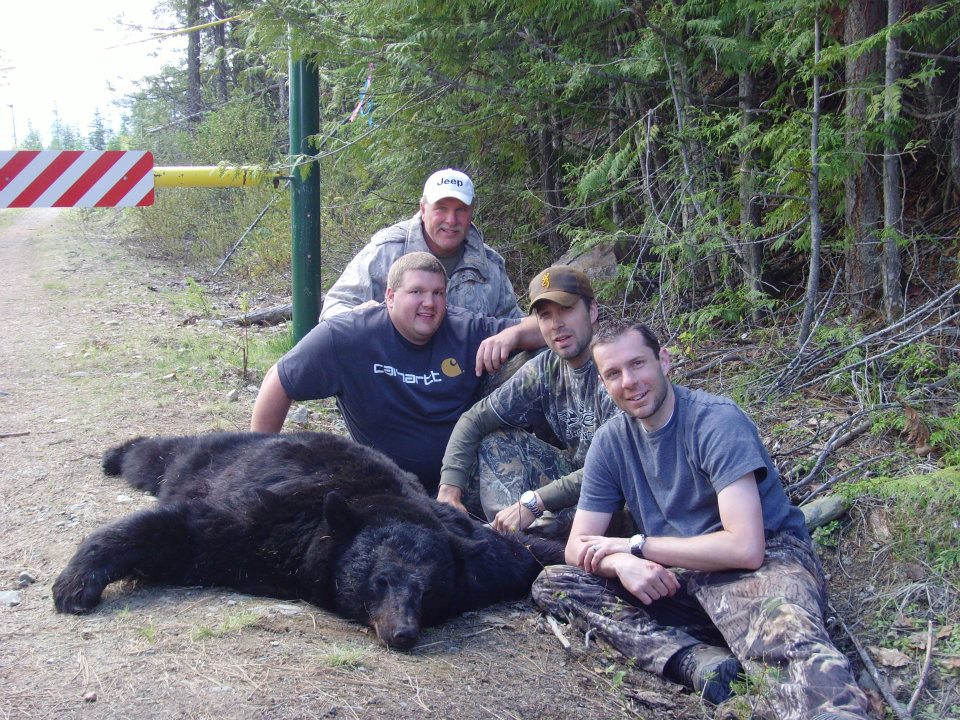 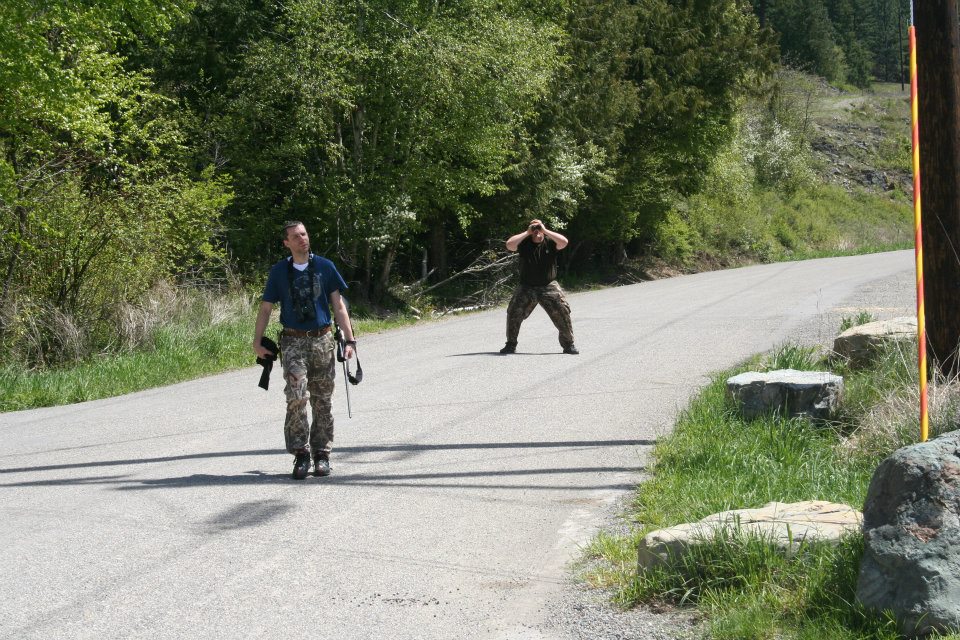 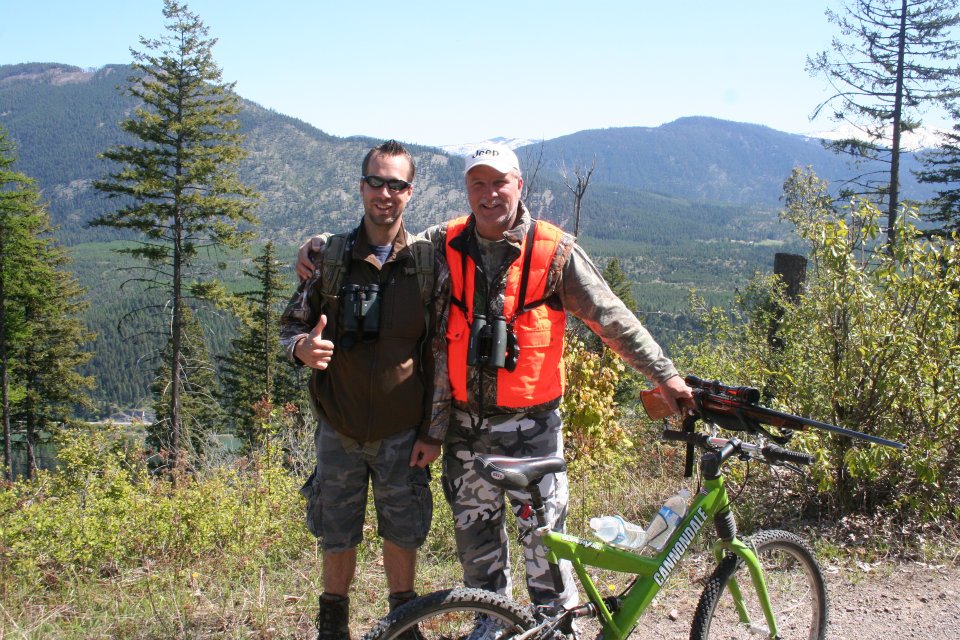 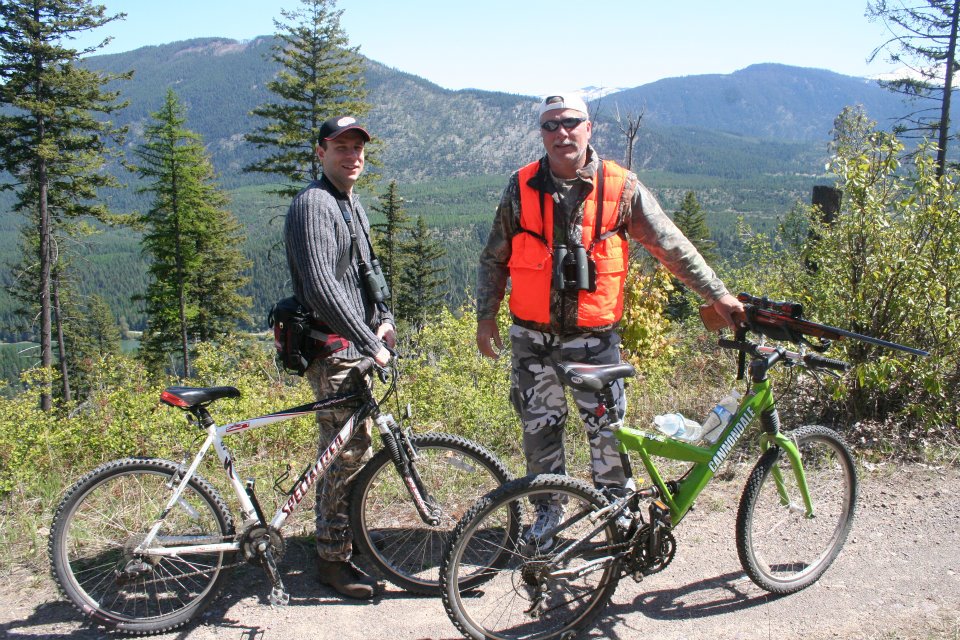 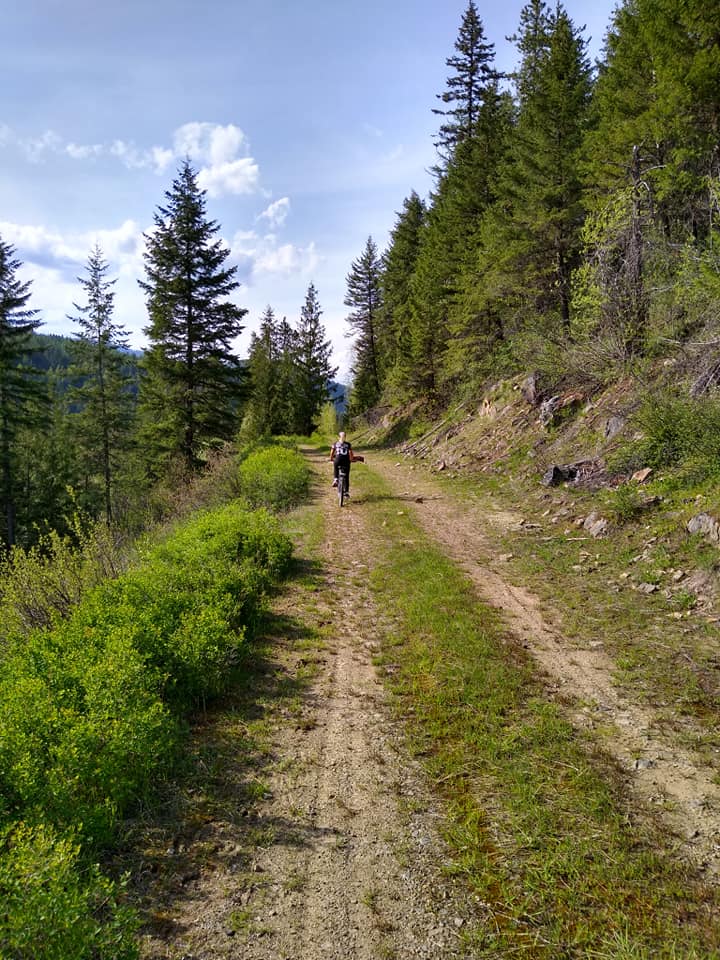 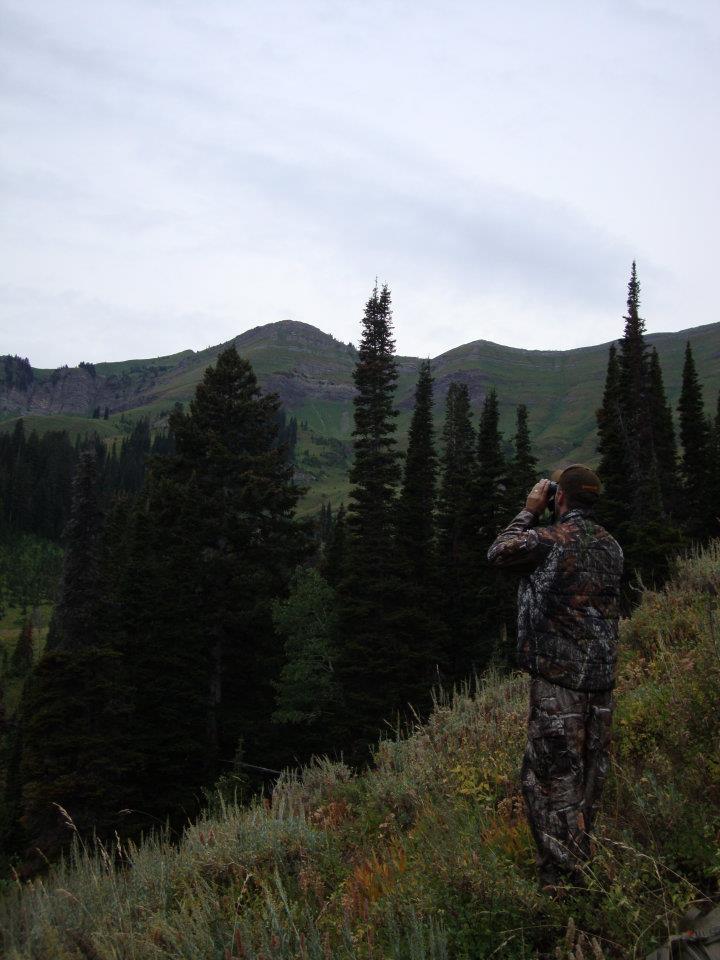 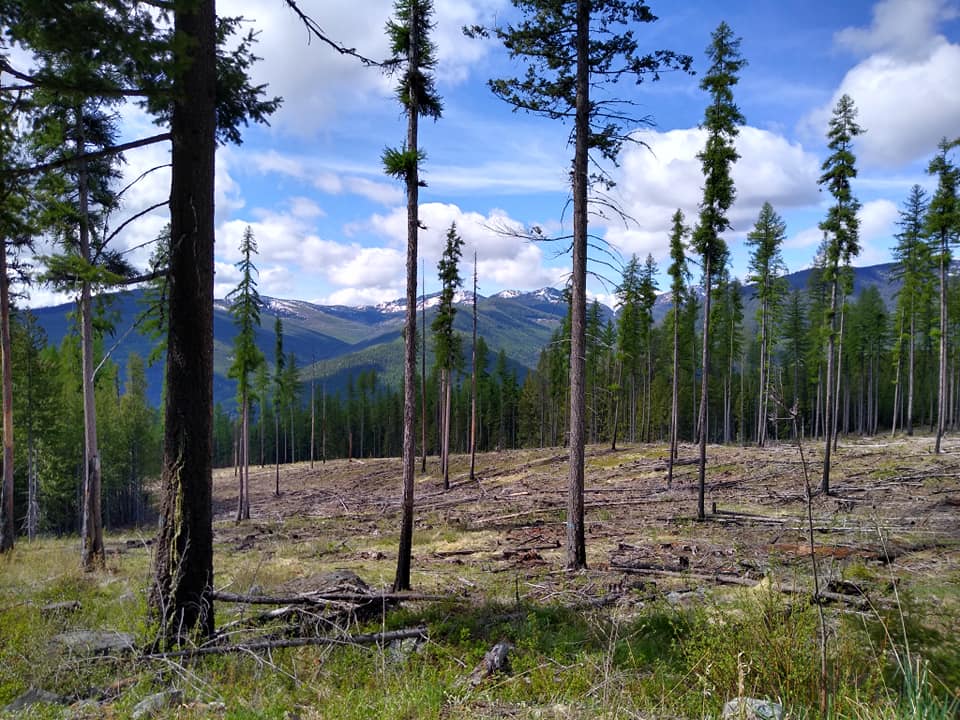 As the snow starts to melt and cabin fever is a reality my thoughts always turn to only one thing. “Bear Hunting” in Montana. I believe from almost the time I started walking my Dad was taking me bear hunting in the spring. I have killed several nice bears over the years, including one that was 7’2″. It had been a couple years since I had shot one but I had become more selective wanting to get one that was a different color other the black.
Bear hunting starts with the “on through the night” drive which consists of about 11 hours of old hunting stories, jokes, laughs and good tunes. Pulling into our little bear hunting town it always feels like home away from home. It is a beautiful beyond description from the steep mountains that rise up along the large rivers and the pin trees and logging roads that make their way up the different terraces.
After a couple days of bear hunting and not seeing any I decided to change up my luck and go with my brother who had met us there from Seattle. It was the day after my birthday, May 9th 2012 and we spent the morning walking through snowdrifts and glassing the hillside. In the afternoon we took a trip up a road that we quickly remembered was the cause of several cuss words and abandoned our mission swiftly. We decided that we wanted to visit one of my favorite roads I called the “Green Mile” for the evening hunt. We made the trek on our mountain bikes for the couple of miles back into where the “Green Mile” starts. We were laughing and had just barely started down the road when my brother said, “holy cow-there is one!” About 50 yards down the road was a light brown bear. We looked him over for a minute as he wandered off the road and realized that he was a smaller bear. I knew that this wasn’t the bear making the big scat piles I had seen a couple days earlier. We decided to walk the road to the end and wait a bit. As we made our way back we found a tree stand that got the better half of our curiosity. We then made our way around the next bend and there was a huge black bear in the road not 20 feet from where we had seen the brown bear earlier. I told my brother to shoot him since I was looking for another color and he had never killed a big black bear. He said he thought he was chocolate and told me to shoot. I said, “Okay,” and with that sent a shot ringing through the silence. The bear made a u-shape and barreled into the pines. “Did you hit him?” my brother asked. I couldn’t have missed- it was only about a 75-yard shot. We worked our way through the little burn-out and as soon as we hit the pine trees we found blood and the bear piled up. I quickly realized that he was a very impressive black bear but had been rolling in the dirt making his back look brown.
My brother and I high-fived and shared a bonding moment as we dragged him down to the logging road. He ended up squaring up at 6’9″ and was the envy of our hunting party.