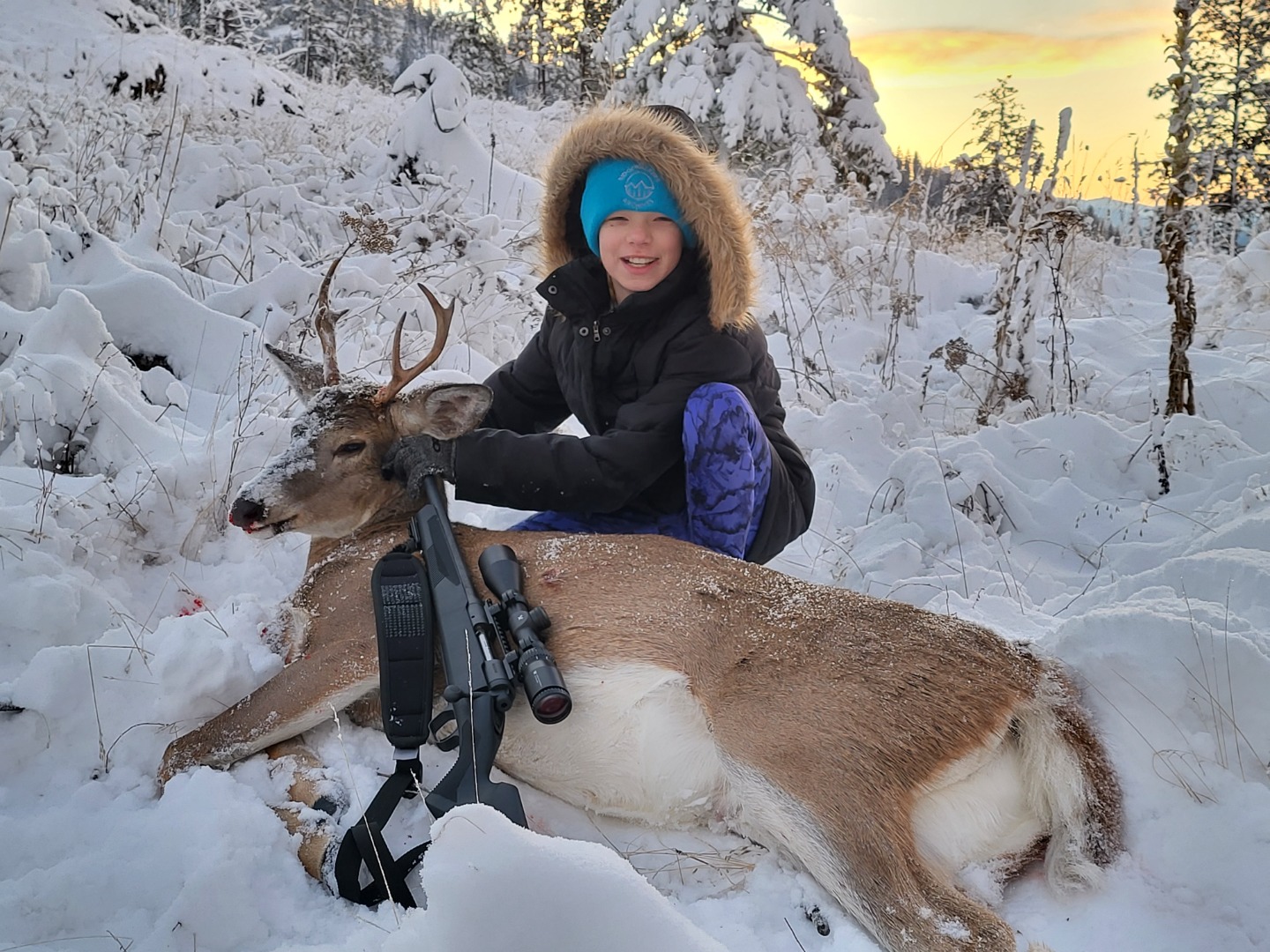 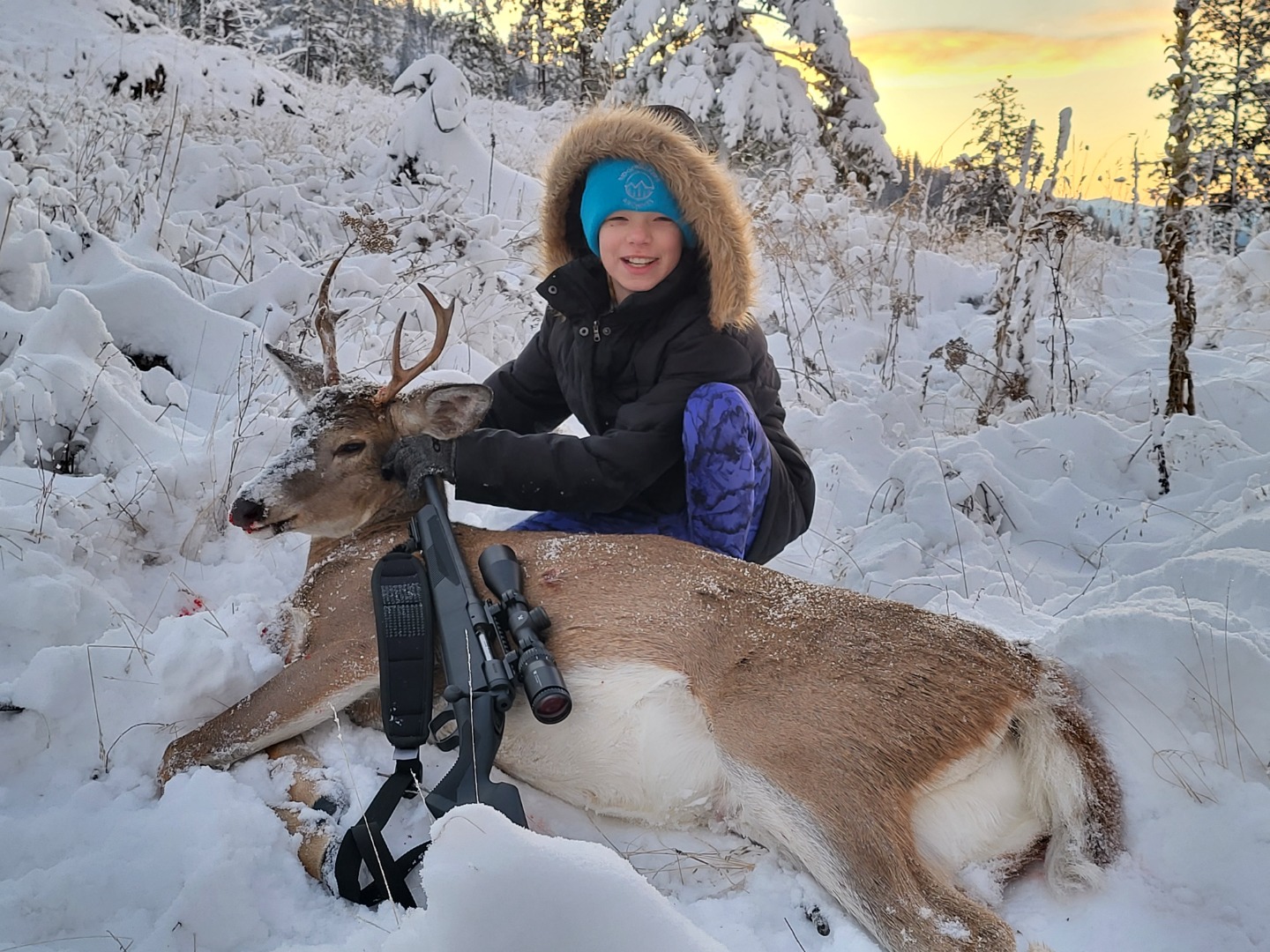 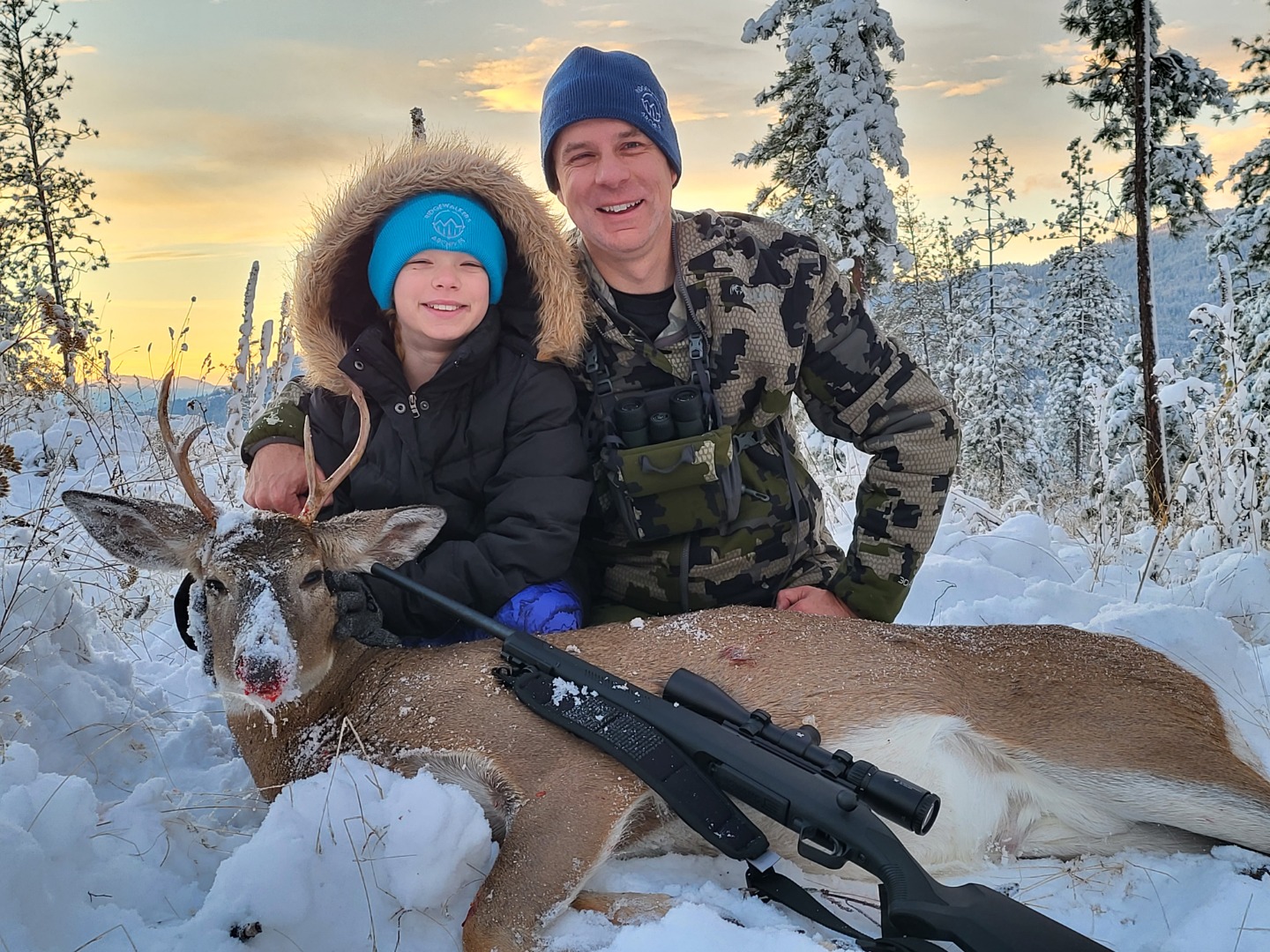 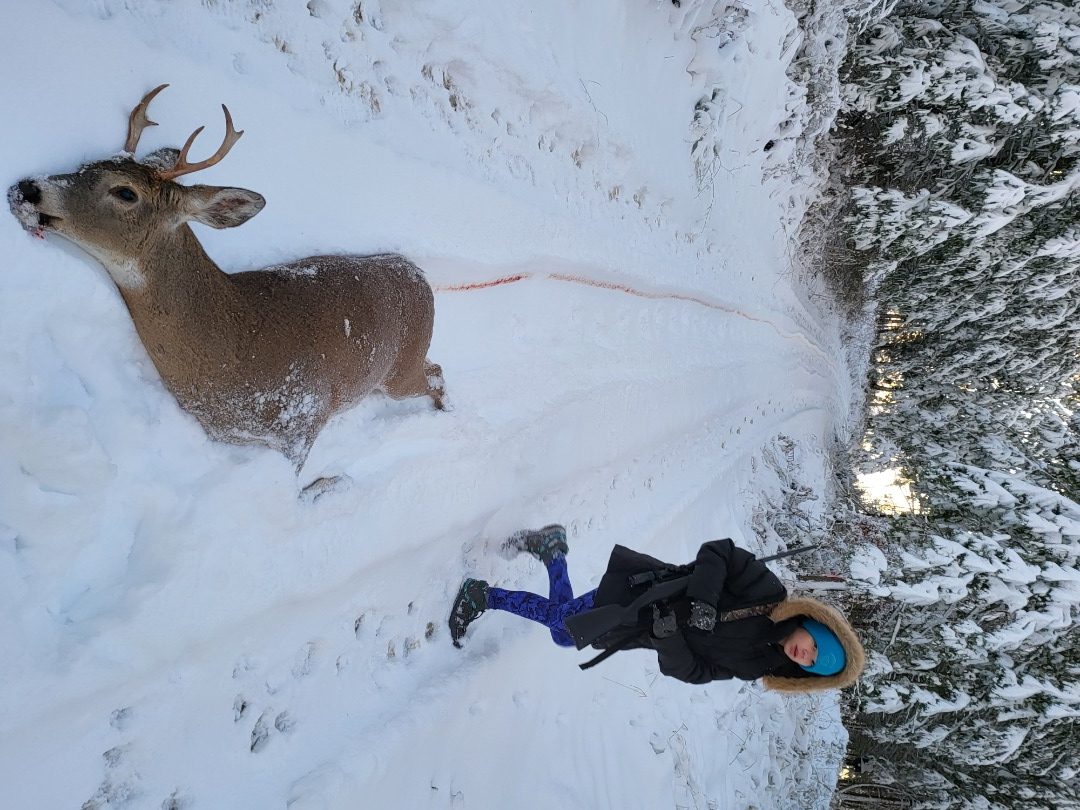 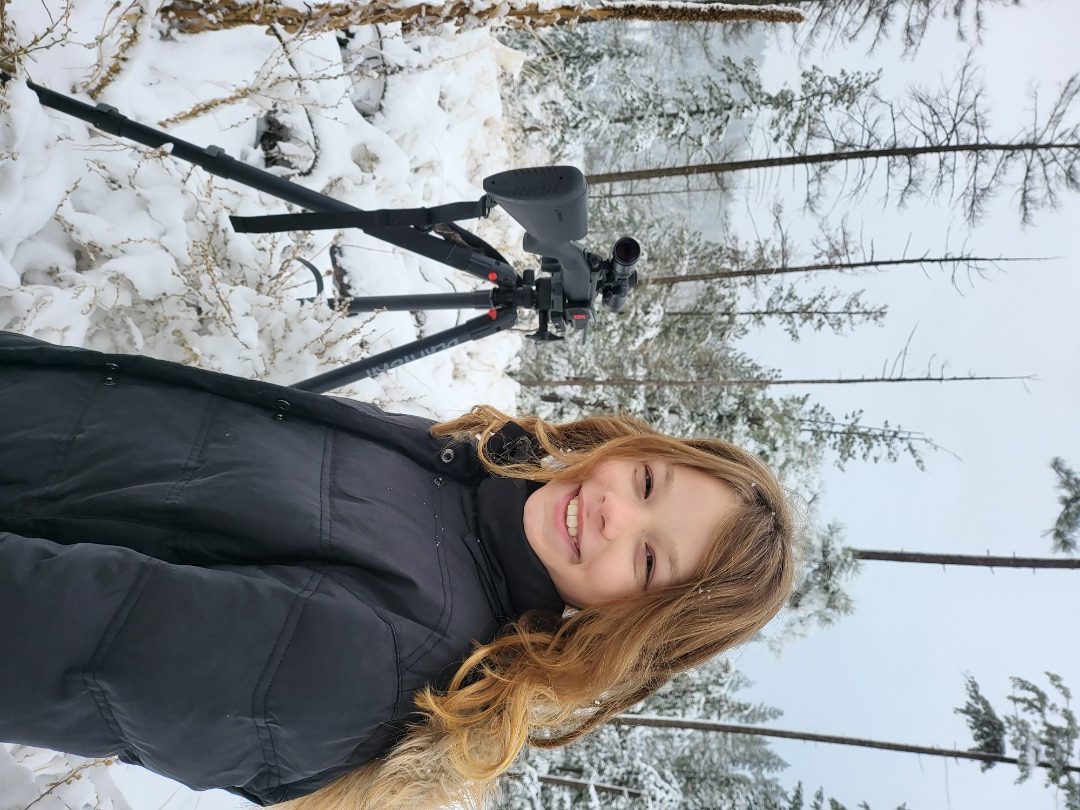 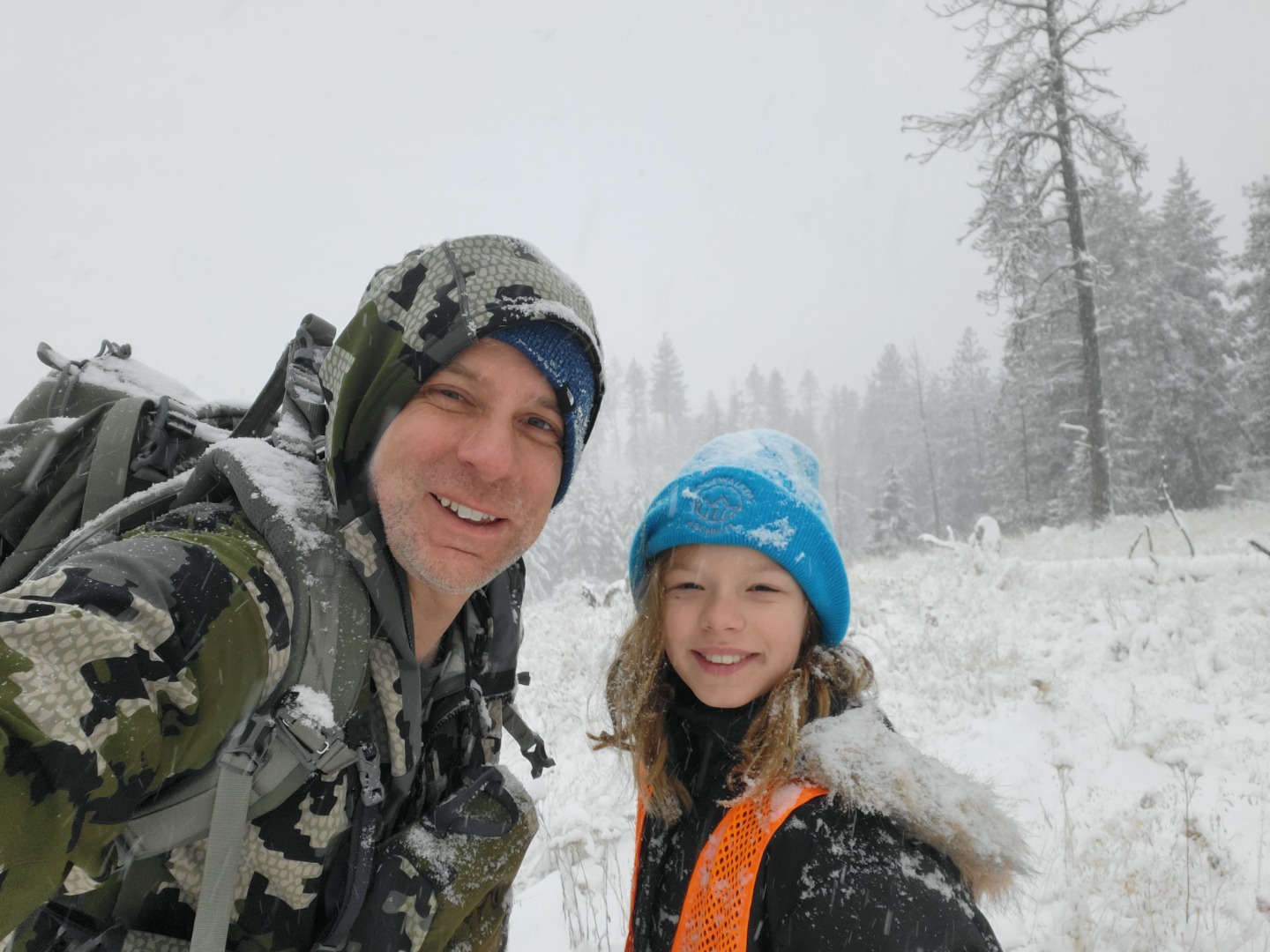 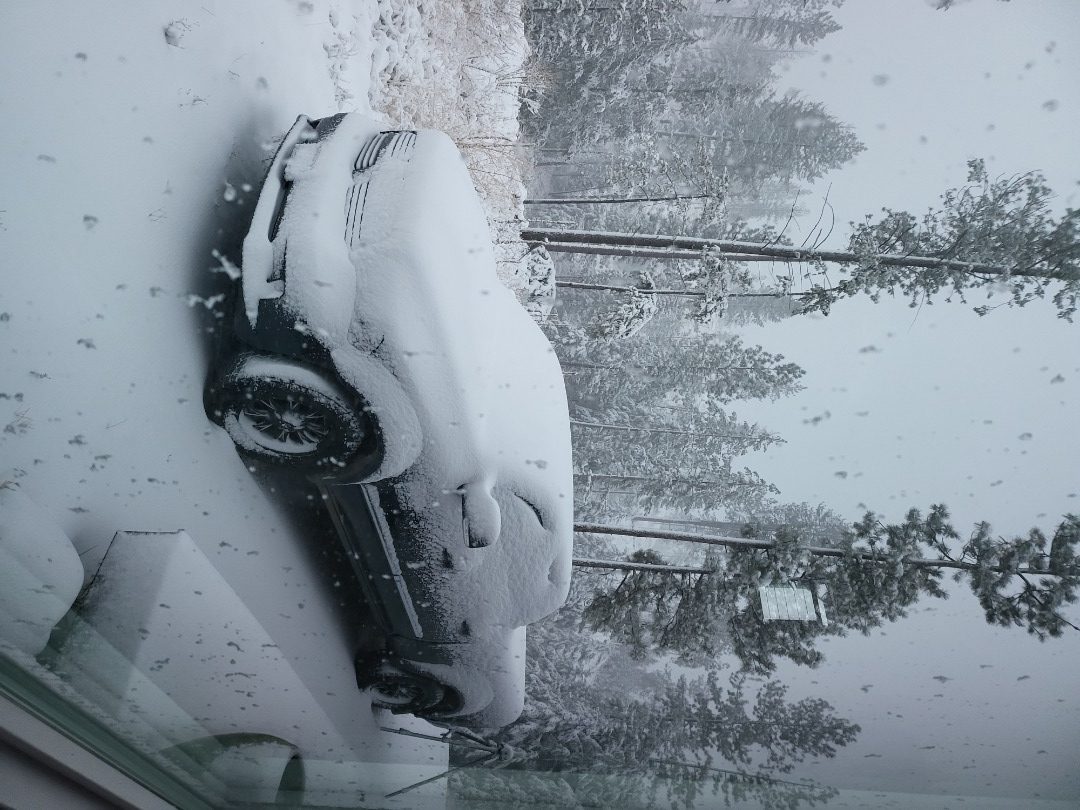 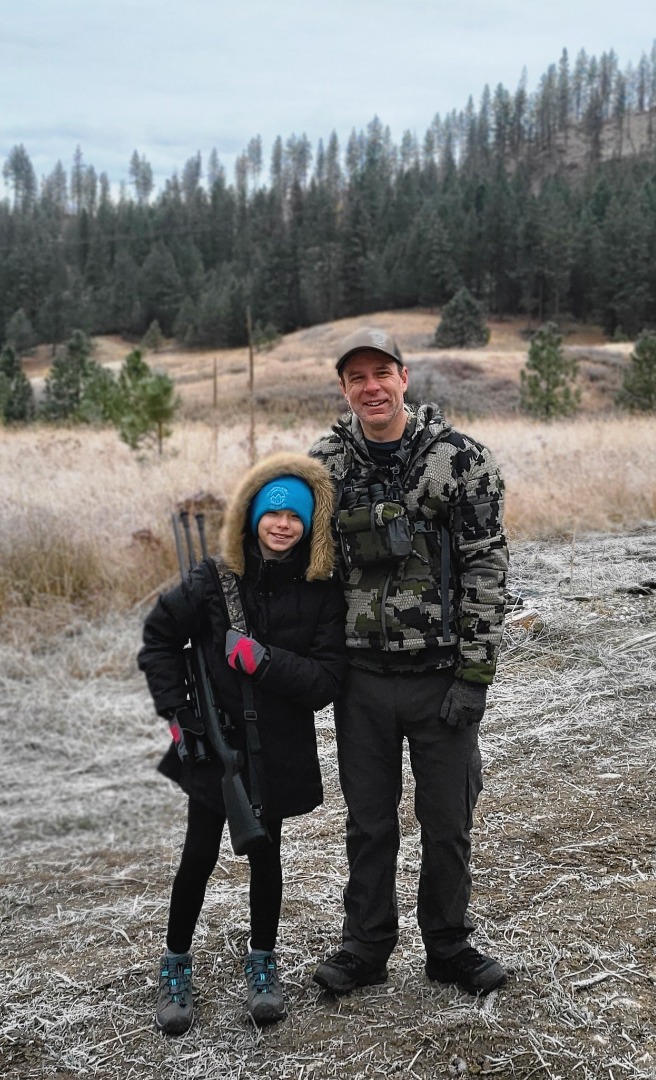 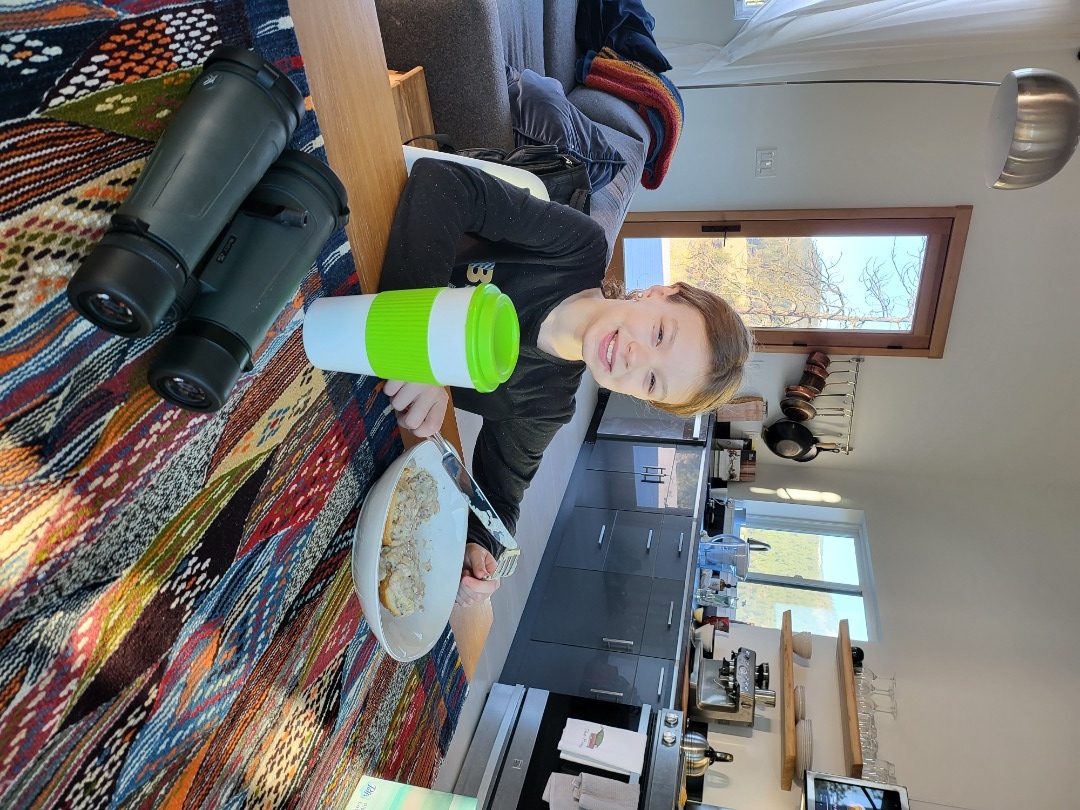 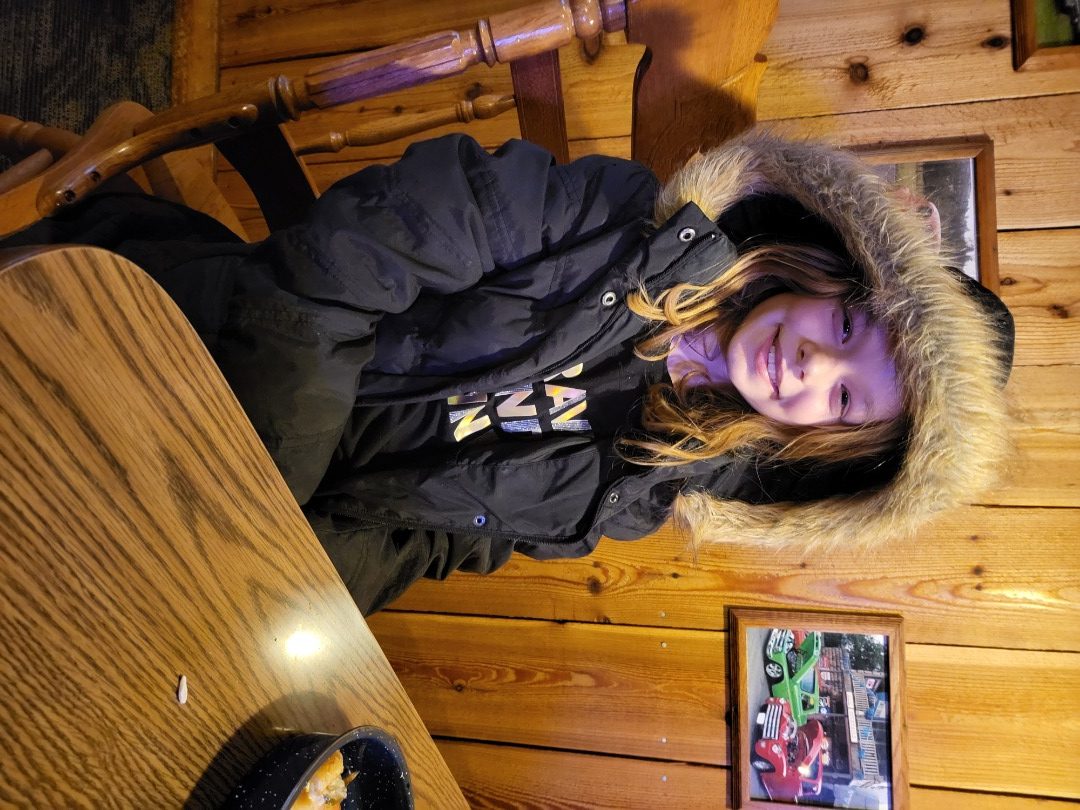 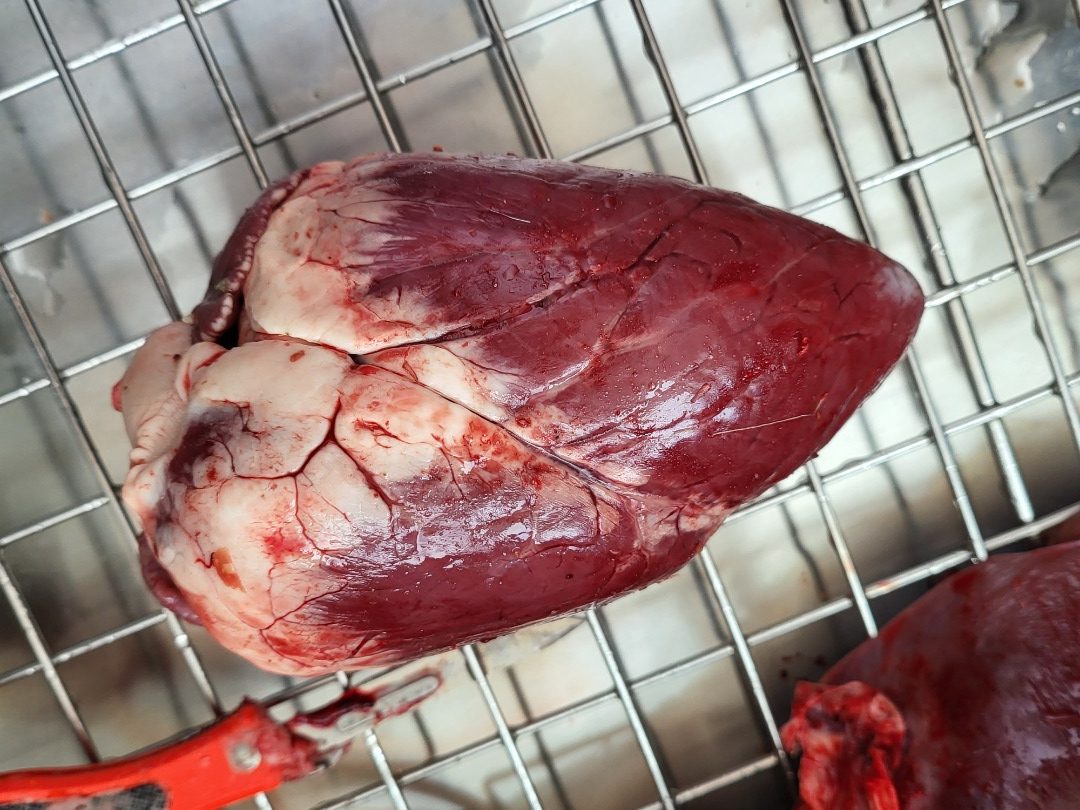 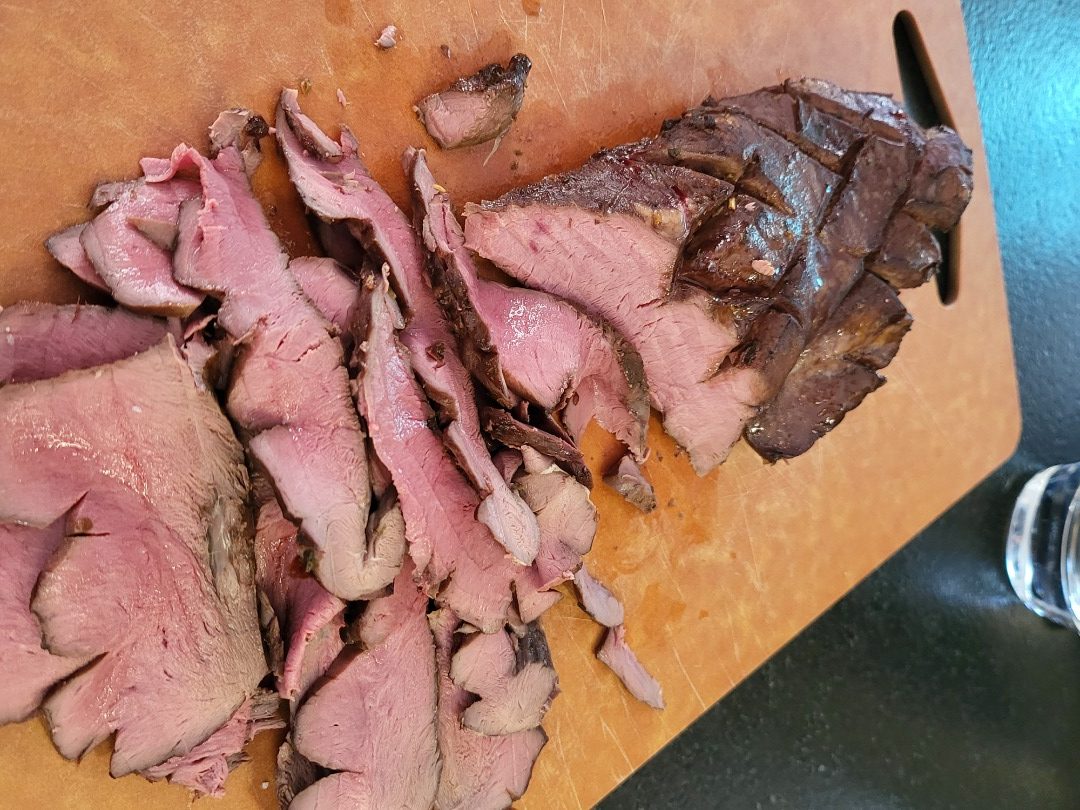 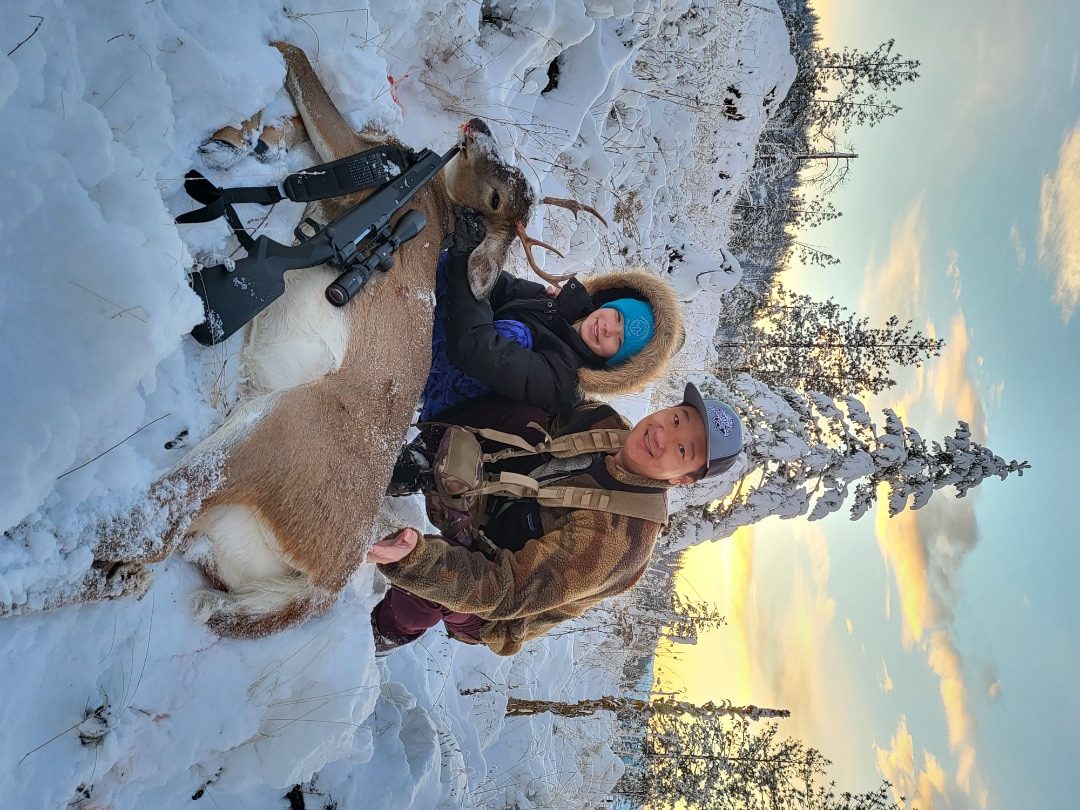 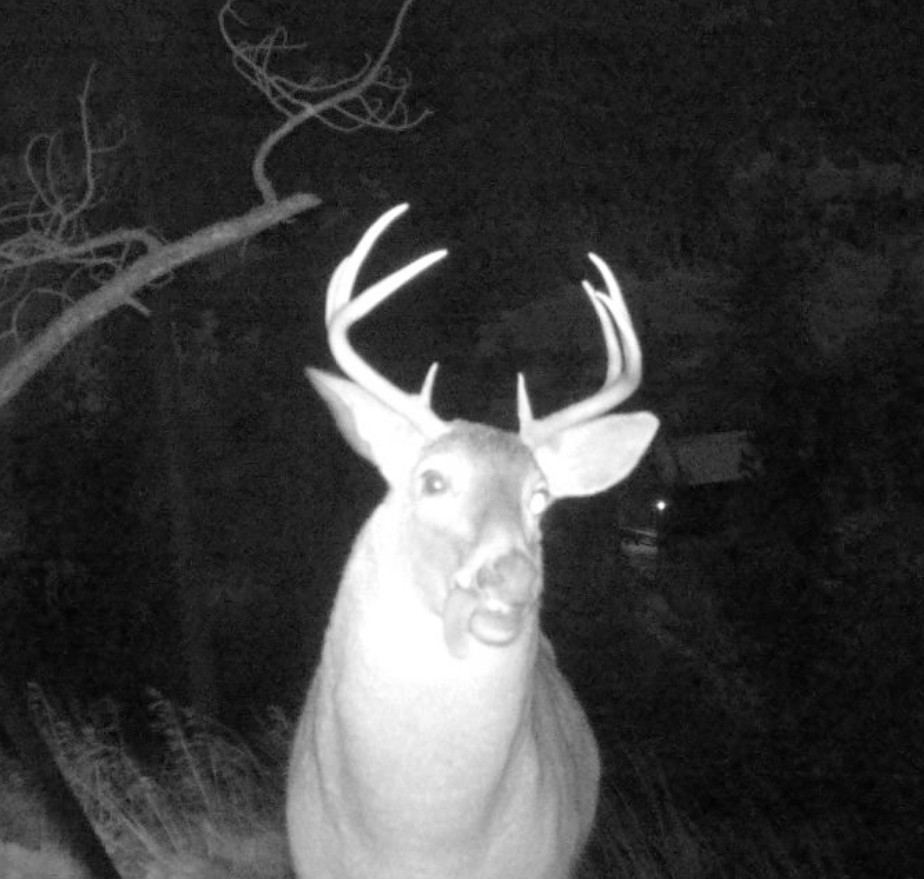 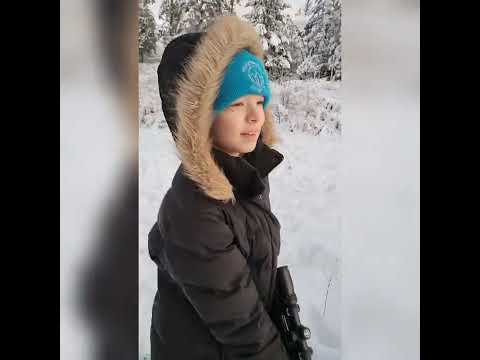 By the time we got there it was 10:00pm and we watched some football and hung out till 11:30pm and then I went to bed. At 8:00am we were looking for a good buck and that’s when we saw Spike Lee, a one-year-old buck with spikes as his antlers.

I thought he was cool, later that evening I really wanted to shoot him, but my dad convinced me to wait one more day so instead of shooting him we watched Alone on tv. When the owner of the cabin came back my (dad’s friend) it was Prime Rib Saturday at the Addy inn, so we went there for dinner.

I got the burger with fries it was so good, then we had an amazing desert Death by chocolate cake. I was so full after that, then we went back to the cabin, I had some sprite and watched football for an hour and went to bed in a queen bed, and I had to share it with my dad.

When I woke up my dad told me that there was a new buck and we named him Triceratops because he was a three pointer and had a long neck. But the only problem was that Triceratops, and the rest of the bucks were only coming out at night, later in the evening at 5:00pm there was movement.

It was Spike Lee we heeded out to go shoot him by the time we were all set up as I was shooting him, I told my dad it did not feal right as I was about to shoot him, he stepped behind the tree and me and my dad were glad I did not shoot him. The next morning my dad woke me up early and we went outside. We got all our gear on; we drove up the mountain and hiked for about 10 minutes and dumped snow. Then there were two does who were chasing each other.

The next morning my dad woke me up and said there was a buck, so we got dressed and the snow was extra crunchy, so we slowly walked down had all set up and it felt good, my heart was pounding, and I shot him, and his name was Forkey. Ones I got to Forkey I had no idea what to do or where to start. My dad took a video of me reacting to the shoot and man was Forkey’s antlers cold. The hole time I felt that I was in a restaurant. The food was amazing, we had potatoes, good broccoli, and steak.

The next meal was Brussel Sprouts, even better steak, guacamole, ribs, and Forkey’s heart, not my favorite, and for breakfast we had eggs, bacon, sausage, hash browns and over all I had an amazing experience just not the guts, I probably would do it again, I will never forget that amazing time I had and the beautiful sunrise there when I shot Forkey.