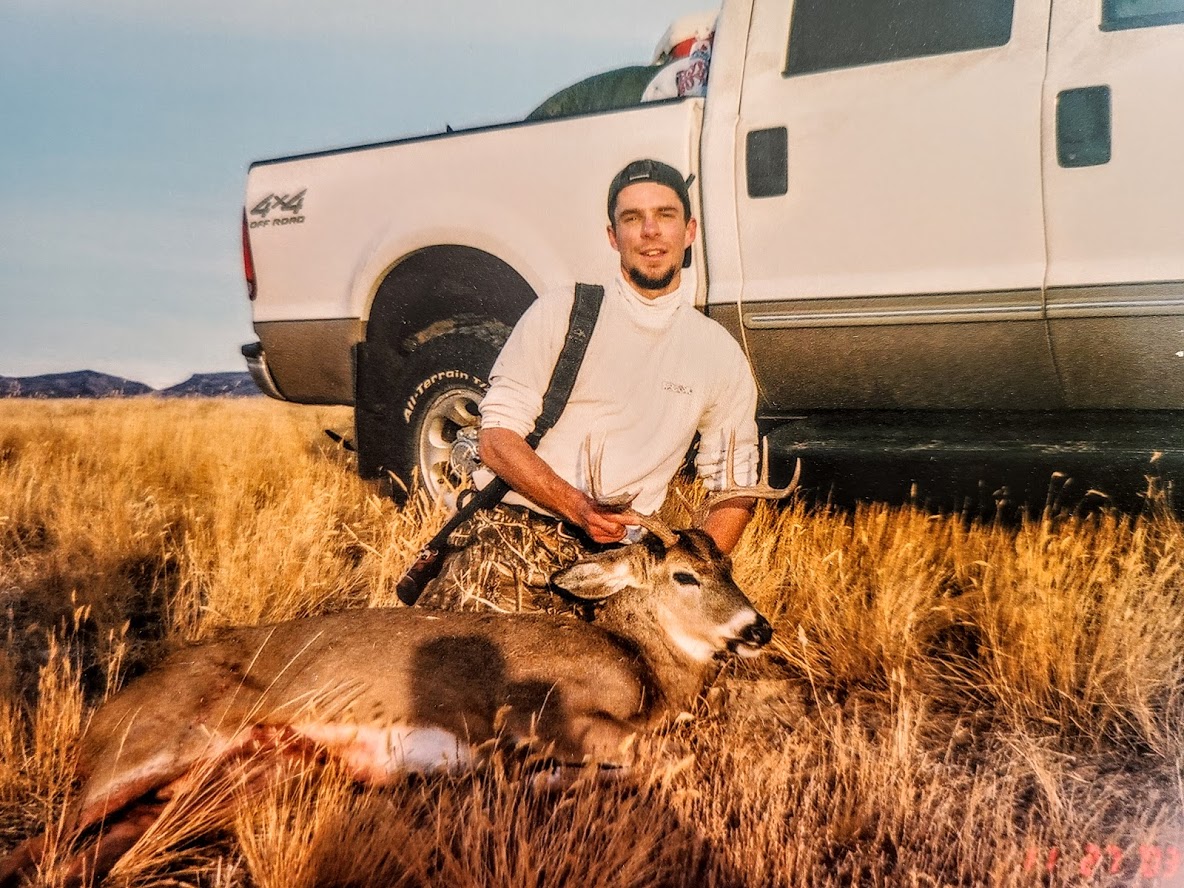 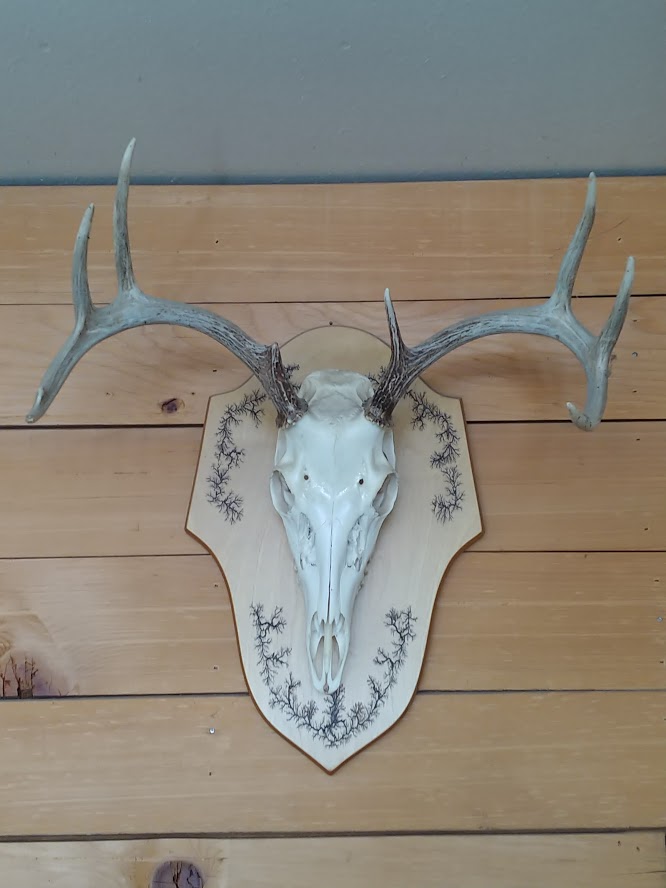 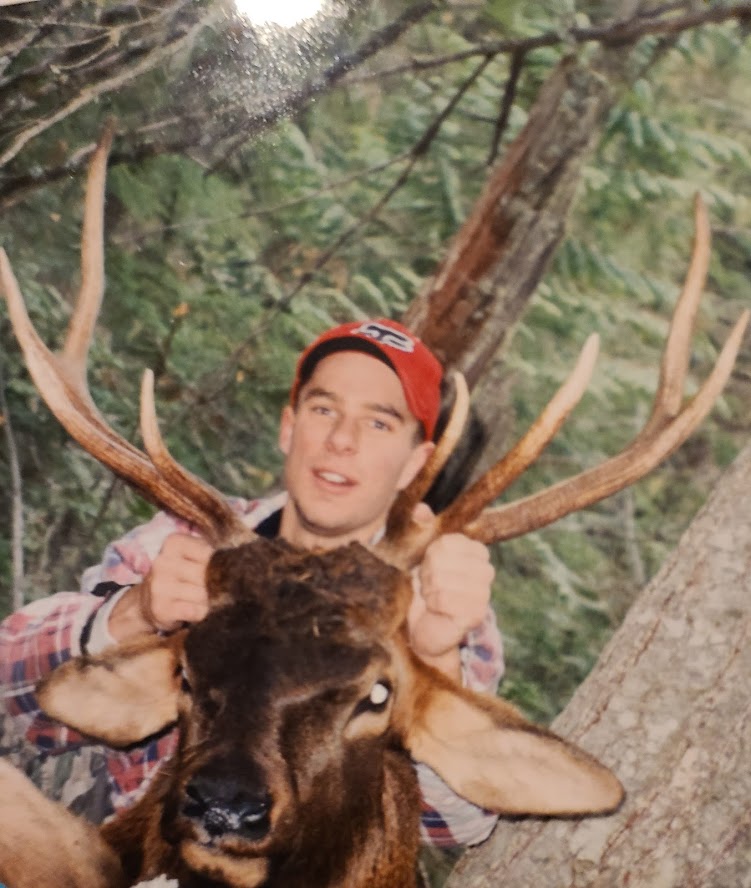 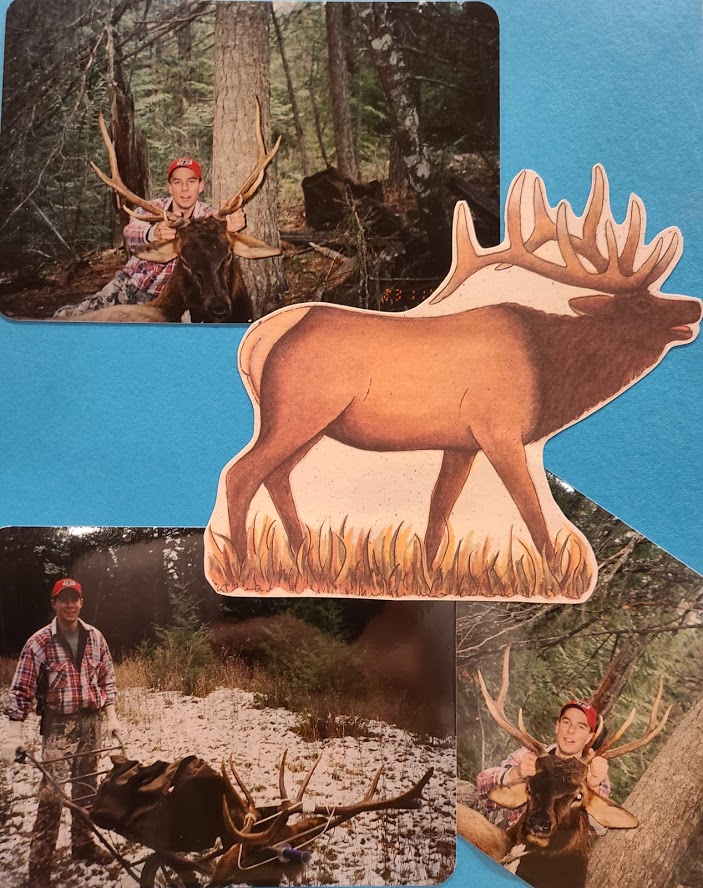 My first-time hunting whitetail I had a Montana elk and deer combo license. I believe it was like $550 for the out of state combo license in like 1999. I went with dad to Montana where we always hunted Spring black bear. Whitetail were a different beast to hunt than mule deer. Both are really smart, but I think the whitetail have the edge. It was snowy and cold that year and we were hunting around Thanksgiving. You look for rubs where the bucks mark their scent for the doe. You also rattle the antlers to try to get them to come in. I got tired of trying to get a whitetail and decided to go to the high country to see if I could find a big Mulie. While hiking up the gated road there was a nice bull elk laying in the middle of the road. I thought why not so I shot the elk and got dad to help me pack him out on the game cart. We went back to the motel and cut and packaged the meat. It was a cold snowy day. The elk was in front of the motel and some guy pulled up in an older truck and was salivating at the elk. He said he wanted one like that so badly. It was an OK 4×5 bull. Nothing special. I had no plans to do anything with the rack. After talking to him for a bit he said he shot a whitetail that day in a town called Noxon. We went to look at it in the back of his truck and I about passed out at the size of this whitetail. It was a monster with mass and kickers all over it. He said he would trade that whitetail for the elk any day. Well… I was in the same boat. I may hunt the rest of my life and not kill or even see a whitetail that big. I was extremely motivated now to find me a big whitetail. We hunted hard the rest of the trip with no luck. On our way through town about 30 seconds from our motel there was hill side to our right and I could see something coming down in the dark. It was a monster whitetail bounding across the road in the ol’ Fords headlights. It was as if he was telling us he had won. To this day that is the biggest whitetail I’ve seen on hoof.

It was time for redemption. This year we just had deer tags and I was on the trip with my dad and his two friends McKay and Dan. Thanksgiving was going to be spent in the mountains chasing whitetail. I can’t think of a better way to spend it! We left in the afternoon/evening and drove through the night. It’s about a 12-hour drive to our destination. About halfway there I got my turn to drive and the boys were “tuned in”. They had quite a bit to drink and were ready to party in the truck. They had the tunes cranked and Kenny Chesney was singing “I Remember” probably louder than he has ever sang the song. We were having a good time, but the drive quickly became stressful with a big snowstorm. The roads became a sheet of ice and my fist was white knuckled on the steering wheel. I had to yell at them a few times to quiet down and let me focus on the road. I came around a bend and there was a truck that had just flipped upside down in the road and the cops had just arrived. It was one of those situations where I wasn’t even going to try and hit the brakes. After a stressful drive we made and were ready to hunt.

We hunted hard for about 5 days with no luck. Mckay had a couple opportunities but missed. He isn’t the best shot and we were sure to give him a hard time. We decided to drive back towards home and stop off and a spot to hunt for a few days. On our way there we spotted some whitetail and nice buck out about 350 yards in the field. I got myself a dead rest and let the 300 Weatherby rip! I slammed the buck and was happy. It was my first whitetail. We loaded the deer up and took it to the town where we had some connections. They let us hang the deer in the barn and cut it up. Mckay had another opportunity where the buck was seriously 20-25 yards away. He shot and missed. He was slow on another one and someone else from another party smoked the deer. We gave him hard time and told him it was probably for the best, he would have missed anyway. Eventually both him and Dan shot some nice bucks. Dad didn’t tag out where he was holding out for one to put on the wall. It was a great trip and a lot of fun. We had some really great laughs that trip.