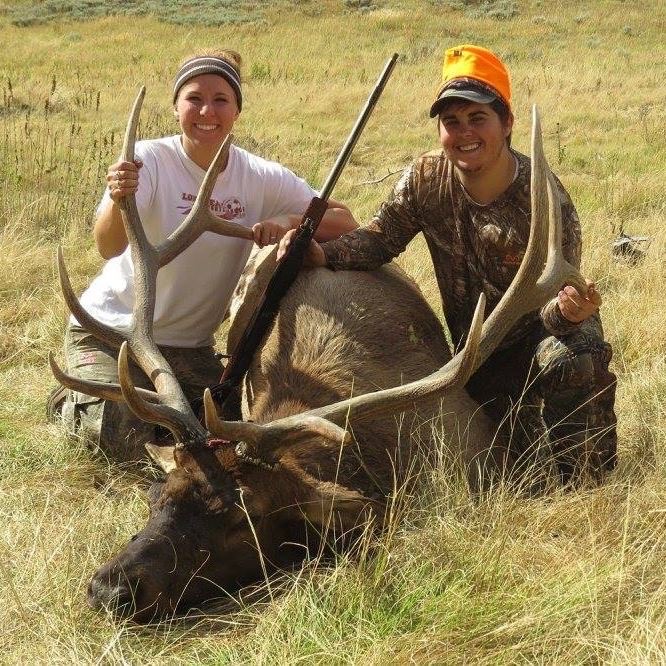 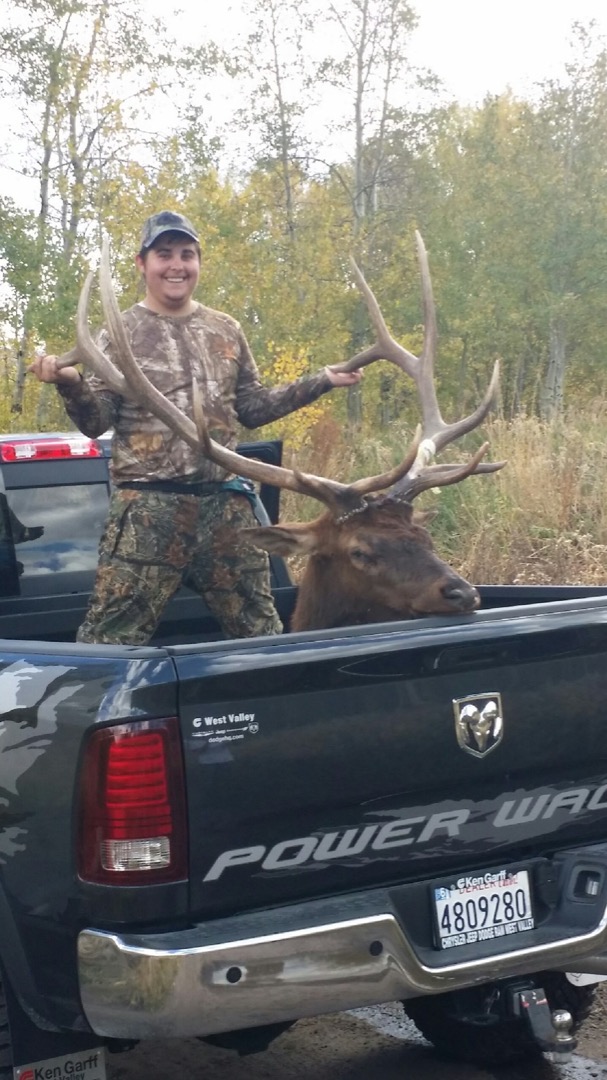 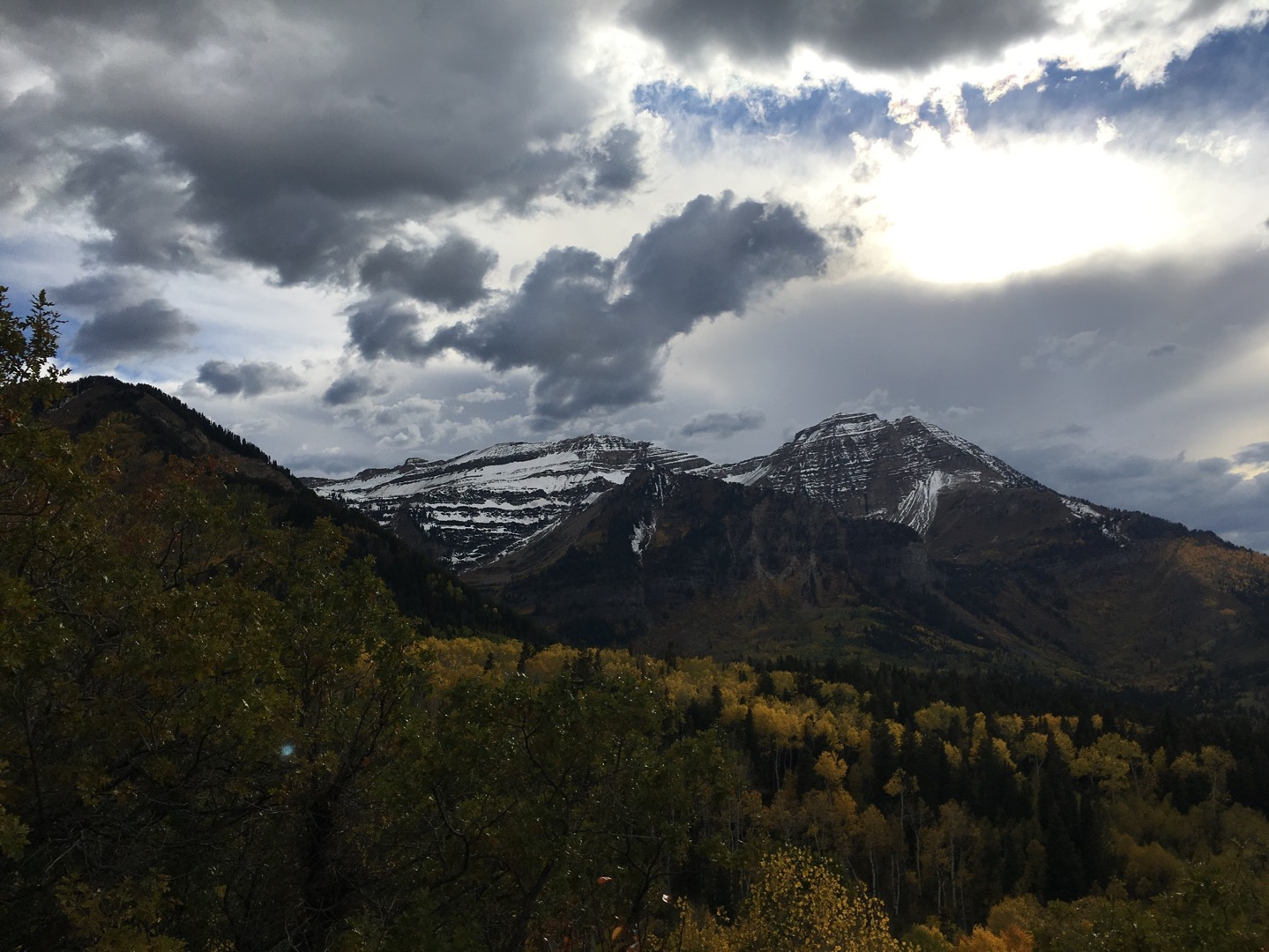 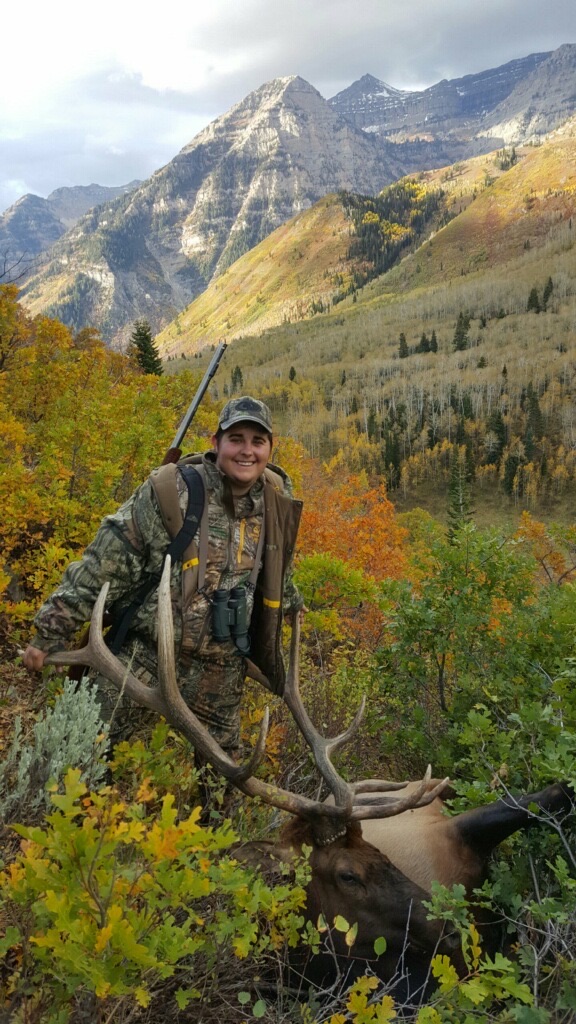 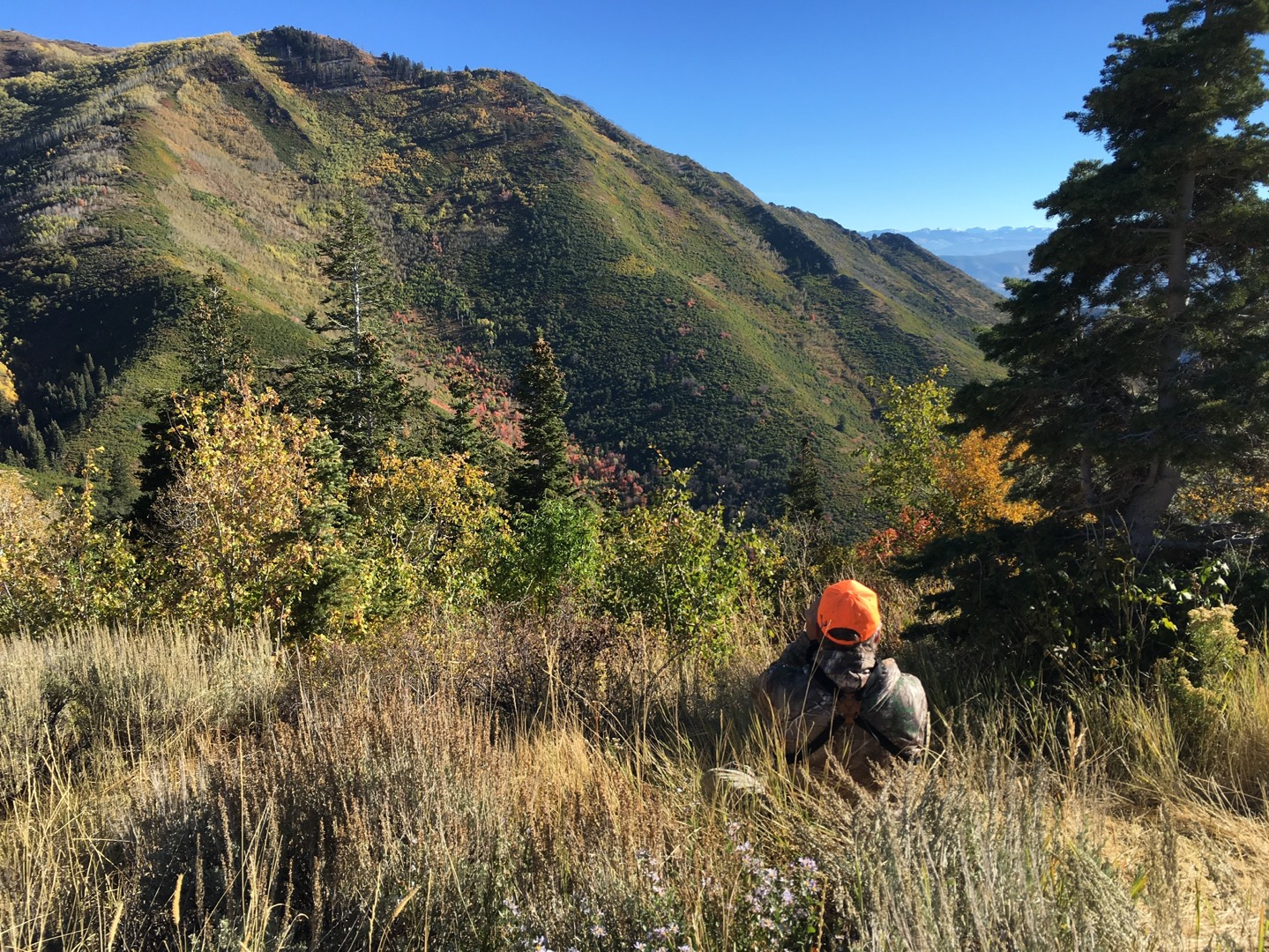 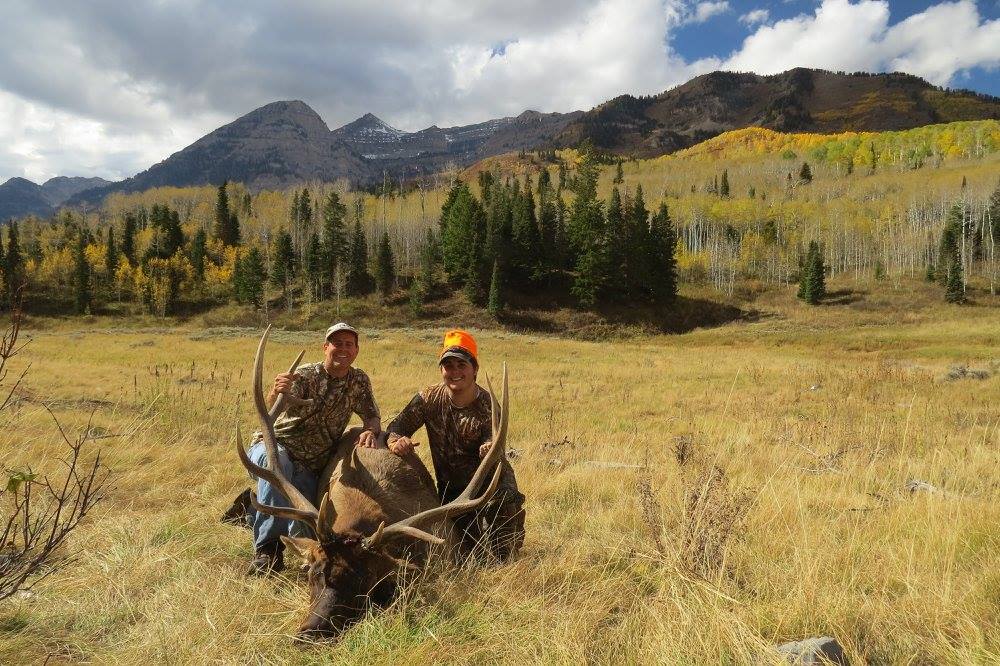 I was able to draw the Muzzleloader elk tag on the Wasatch unit here in Utah with 3 or 4 points. My sister in law, Candise, also drew the Rifle tag for elk on the same unit but the week before mine. It was going to be a great year for elk hunting!

I was able to spend a few days hunting with my sister in law but had to save my time off from work for my own hunt. I wasn’t able to make it on the day she got her stud on an elk but she got a great one also!

My hunt consisted mostly of me and my father in law, Kerry, for the most part. Hunting has been so fantastic to give Kerry and I time to get to know each other and enjoy time together. My wife Shelby was also able to tag along on many of the days and it was great to have here there. 2016 was a pretty warm year, the cows weren’t going into heat, the bulls weren’t rutting and there wasn’t much bugling going on so it was pretty difficult to find the elk.

We spent many days getting up early, getting into a great area and spotting elk many ridges away and making a game plan on how to get on them. Upon execution of our plans we could never get close enough to the elk, either they would disappear to never be seen again, or you would see them again just over the next ridge making their way away from us.

After hunting 6 hard days and not finding, hearing or seeing much… We took a tip from another hunter of an area they saw some elk the previous day. The next morning was October 2nd, LDS Conference Sunday. Kerry, Shelby and myself got up extra early and headed up into the mountains. Shelby said this was going to be her last day as she was getting burnt out between her sisters hunt and mine. We started our hike in the dark and walked slowly and quietly down the trail. After about a half mile we heard our first bugle and that stopped us dead in our tracks. We waited and crossed our finger that this would continue. Fast forward about 10 more minutes there were bugles all around and there were smile on our faces. We have been waiting the whole hunt for a morning like this!

We could tell there were at least 3 Bull Elks bugling and they were just east from us. So we decided to ditch the trail and start bush whacking towards the elk that we could hear. We went maybe a half mile through bushes, over logs, up and down some little hills and then it opened up to a meadow. In this meadow you couldn’t contain the excitment because of the site that was there. There was a heard of 30 or so cows with a HUGE bull elk rounding them up. This elk was maybe 200 yards away or less. I waited patiently until there was a clear, board side shot at this elk and when I had the opportunity I slowly squeezed the tigger. Pow! We waiting for him to drop but nothing happened. Kerry quietly yelled at Shelby to grab the dang powder and bullets to reload! We quickly reloaded and I was able to take another shot! Again we waited for the elk to fall over but he quickly made his way up and around the hill. My heart sunk as I missed the only opportunity that I had yet. I watched the elk and his heard trot away, likely never to be found again on this hunt.

After watching them disappear around the hill and into the trees the depression of what just happened started to sink in. While sitting there in silence for what felt like a minute or two another loud, raspy bugle started to chime in again. It was coming from the other side of this meadow in some Aspens. We could tell he was coming out into the meadow any moment. So we reloaded and waited to get our eyes on him. He stepped out into the meadow and he was a HUGE Bull Elk as well, just a little smaller than the herd bull. I waited and lined up my shot and was able to take a shot while he was broadside and about 200-250 yards away. He shot rung, the smoke cleared and this elk started making his way up the hill side. We quickly reloaded and broke the ram rod in the process but was able to get the 4th shot of the day down the barrel and ready to shoot. I quickly ran half way across the meadow to a bare lump where I could lay down prone for the next shot. At his point the elk was half way up this big hill and about 350 yards away. I waited for him to stop and I aimed carefully. Boom! The smoke on this shot felt like it clouded infront of me for quite awhile, after it cleared I could see the elk still standing and starting to move up hill again… but then he stumbled… and started rolling! I got him!!!! Kerry stood up cheering behind me about 25 yards away.

Now the real work began! Luckily we had cell service where we were at so I called up my dad and my mother in law to bring the knifes and packs to get this elk back to the truck. I won’t bore you with the details on packing the elk, but I will say, it is much easier to stick to a trail and go a longer distance than bush whack a short distance while packing out and elk.

This Bull Elk proudly hangs on my wall and we get appreciate how majestic he is every day.