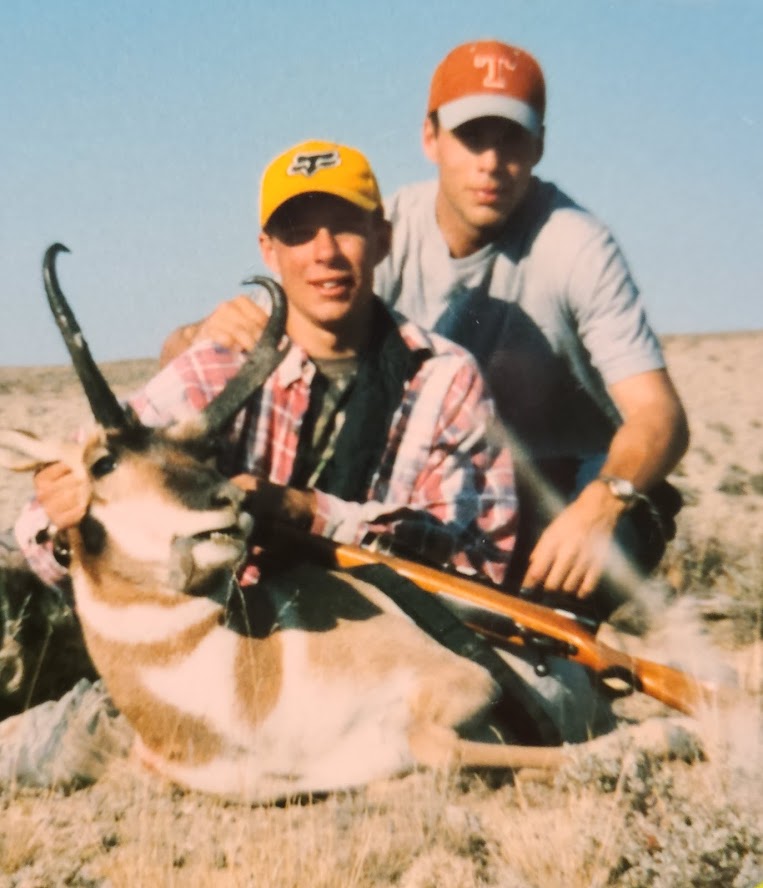 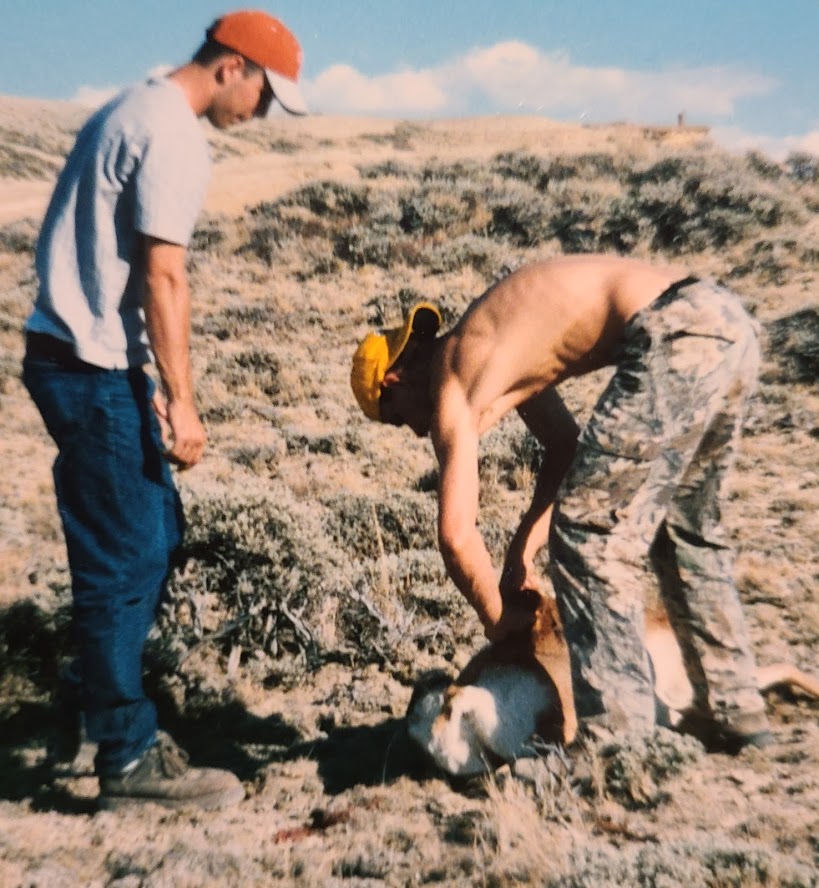 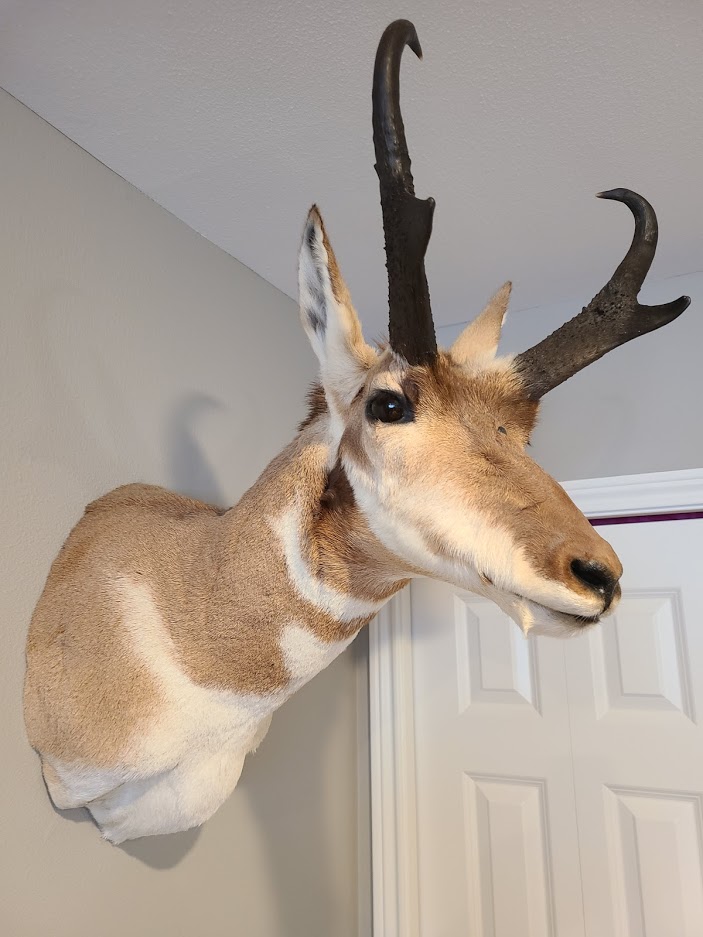 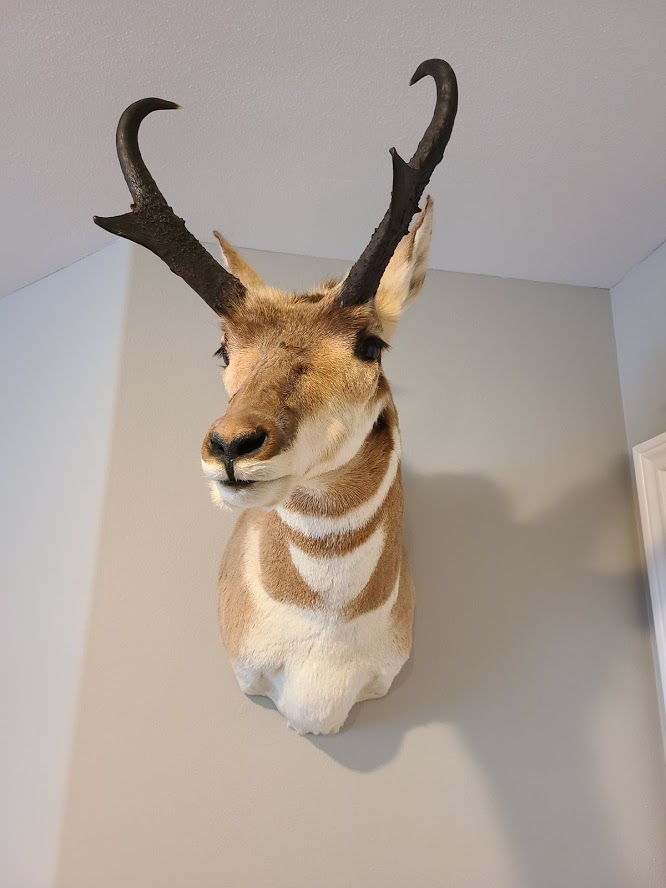 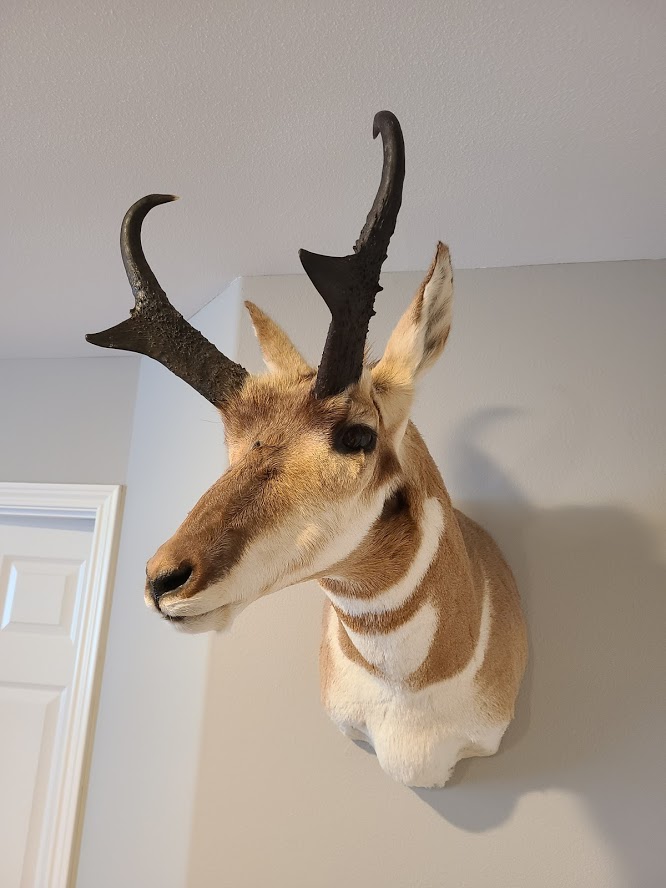 In my younger years I had the opportunity to do a lot of hunting. Mainly it was with my dad and brother, Wade. In High School hunting was everything, the rest was just details. I lived for hunting, being in the mountains scouting for deer, mountain goats, moose, and really anything moved. Nobody really had the desire to go hunt Antelope and I thought it would be cool to go get one. So, when I put in for Wyoming deer, I decided to check the box for antelope as well. If I drew, I would figure it out. Back then it was easier to draw a permit than it is today. I drew the Rock Springs area in Southwestern Wyoming the first-time putting in. Today, that unit requires about 6 points/years to draw the tag. My dad was busy with work and really didn’t want to take time off to go antelope hunting knowing he would be taking time off for other hunts. I talked to Grandpa Ashton and told him about the tag and unit. Grandpa, well… he knew about everything there is to know about the Western states and where to go hunting. Grandpa was always up for a road trip and a hunting adventure.

It was late September and Wade jumped in and went with us as well. Grandpa drove us in his relatively new Green Dodge single cab truck and of course I got stuck in the middle seat during the drive. Grandpa was raving about an amazing steak house by Rock Springs. He told us that this steak will be the biggest steak you’ve ever seen. He was excited to take us and show us a good time. It was dark and we pulled into the parking lot of what looked to be a little dive restaurant called Ted’s. Grandpa made a bet with us and if I remember right it was $100 each, if we could finish the steak. I chuckled inside. Being a young skinny kid who just graduated high school, I could put down the food. I figured grandpa was going to be out $100. Wade and I sat down by each other and grandpa sat across from us. It wasn’t a booth, we were on a table with individual chairs. Grandpa didn’t even look at the menu. He told the waitress we would have 3 of the famous steaks with a chuckle. We talked a bit about the hunt in the morning and Grandpa was confident we would be into antelope, no problem. Then I could hear a loud crackling and sizzling noise. The steaks were coming across the room to our table. WOW!!! This was no joke, it was the biggest steak I had ever seen. It was on the big cast iron skillet just a sizzling and it took up most of the skillet. You could see the delicious bubbles of caramelized fat all around the thick steak. It was a thing of beauty. It melted in your mouth with every bit. No, I didn’t finish the entire steak, none of us did. We rolled out of Ted’s feeling like it was a scene from John Candy in the Great Outdoors. It was one of those experiences I will never forget. Of course, grandpa took care of the check. Keep in mind I’m writing this story down 21 years later and I clearly remember it. Wade told me that the owners of Ted’s retired and the place isn’t there anymore. What a shame. The steak was impressive, and the experience left a big impact on my mind, but what made the experience was being there with Grandpa and Wade.

We drove to the motel that night, that grandpa paid for, and discussed morning plans a little more. The motel was just outside the unit and we had a little 30-minute drive in the morning. I can remember laying in bed that night being excited for the morning hunt. Normally I felt a little pressure knowing Wade and Grandpa were there to help me and it was all up to me to make the shot. Not this time, I had expectations we would have lots of opportunities.

Grandpa was help super early as always getting ready with the bathroom door ajar for light. I spent many nights in the motor home and motels with grandpa hunting, fishing, and out of town construction jobs for his business. He was always up before any alarm and you knew you had at least another 30 minutes to sleep. Grandpa gave us a nudge and told us to get going, it was time. He wanted his coffee. We quickly got ready and loaded the truck, we were off to the gas station to get him some coffee. I was excited for the hunt and fired up. I was always way more awake and fired up that early when hunting or fishing instead of going to work or school. Wade was still a little dozy and Grandpa had a famous line “Are you up all day? Am I keeping you awake?” We got to the area and at light we spotted some antelope out in the distance. Grandpa didn’t want this to be too easy. He said its fun to get them on the run and see if you can hit them. I was up for the challenge. We were unable to get on those antelope, so we were still on the search. The sun was making its way up and we spotted an awesome buck. He was feeding below a 30-foot bench. Wade and I made a stock around the bench while grandpa watched from the truck. It was perfect. It was about a 150-yard shot and he was standing still. I got a perfect rest and let the 300 Weatherby buck! I missed so I quickly loaded another round and shot again, missed, reloaded, shot, missed. I was down to my last shot in the gun and I missed. I handed the gun to Wade grabbed more bullets and he was gone! I was a bit humbled and wondered what the heck happened. He was a stud of a buck. I typically don’t miss and felt confident in my shot. We got back and grandpa was just a laughing. He thought it was entertaining. Well… we kept getting into the antelope and I would get good shots, I kept missing. I was really starting to get rattled. After about the 3rd antelope grandpa got a little frustrated. He pulled over on the dirt road and setup one of his Pepsi cans at about 40 yards. He said let’s make sure your gun is on. I got a dead rest and shot, of course I missed. He said give me that gun. He pulled up and boom! The can was 20 feet in the air. There is nothing wrong with your gun, make the shot! Now I was really rattled and wondering what was going on.

We found another antelope that was a good buck and I missed him too. This was getting ridiculous. It was also starting to get late in the day, and I was running out of ammunition. We didn’t plan on staying 2 nights, but the bigger problem was at this pace I was going to run out of bullets. We drove down a little draw and spotted a nice buck working the sage brush with 2 does a couple draws over. Wade and I jumped out made a stock and I got within 100 yards. He was still and it was a perfect opportunity. I shot and missed and they started running up the draw. I was so frustrated. I aimed the next shot like 8 feet in front of the antelope and SMACK! I drilled him. Super confused, yet relieved to finally connect. By the time we were done I had gone through 19 shots that day. We really did have a good time and would of missed out on a lot of excitement if I hit that first buck.
We took some pictures and skinned him up. That night we had a lot of conversations on the drive home about what went wrong with all those shots and had some good laughs and my expense. Kelly Memmott from Quakie Taxidermy mounted him, and he looks awesome still to this day. I’m not sure if all antelope have this, but he had like a horn starting to pop out of his forehead between his to horns. The great thing about it all, I was coming back in a few weeks to Wyoming for a Moose hunt!

In 2001 I left on my mission to Brazil. Grandpa got to thinking about that hunt and decided to take my gun apart. He didn’t see any issues. He decided to send my scope back to Leopold and make sure the optics were still good. Leopold did their analysis and found that the crosshair was moving inside the optics. They felt so bad they sent him back a new better model. Grandpa had it all mounted and ready to roll for me when I got home. He knew that there was no way I was that bad of shot and there had to be something going on with the gun. I’m grateful he got it fixed for me.